Stealing the spotlight Monday evening, good pal Sandra Bullock showed up to support Ryan Reynolds and his new body-swapping movie, "The Change-Up," at the film's Los Angeles premiere. Reynolds and co-star Jason Bateman stopped to chat with "Extra's" Renee Bargh on the red carpet, and both agreed Ms. Bullock -- decked out in a simple, black Lanvin jumpsuit -- looked beautiful. 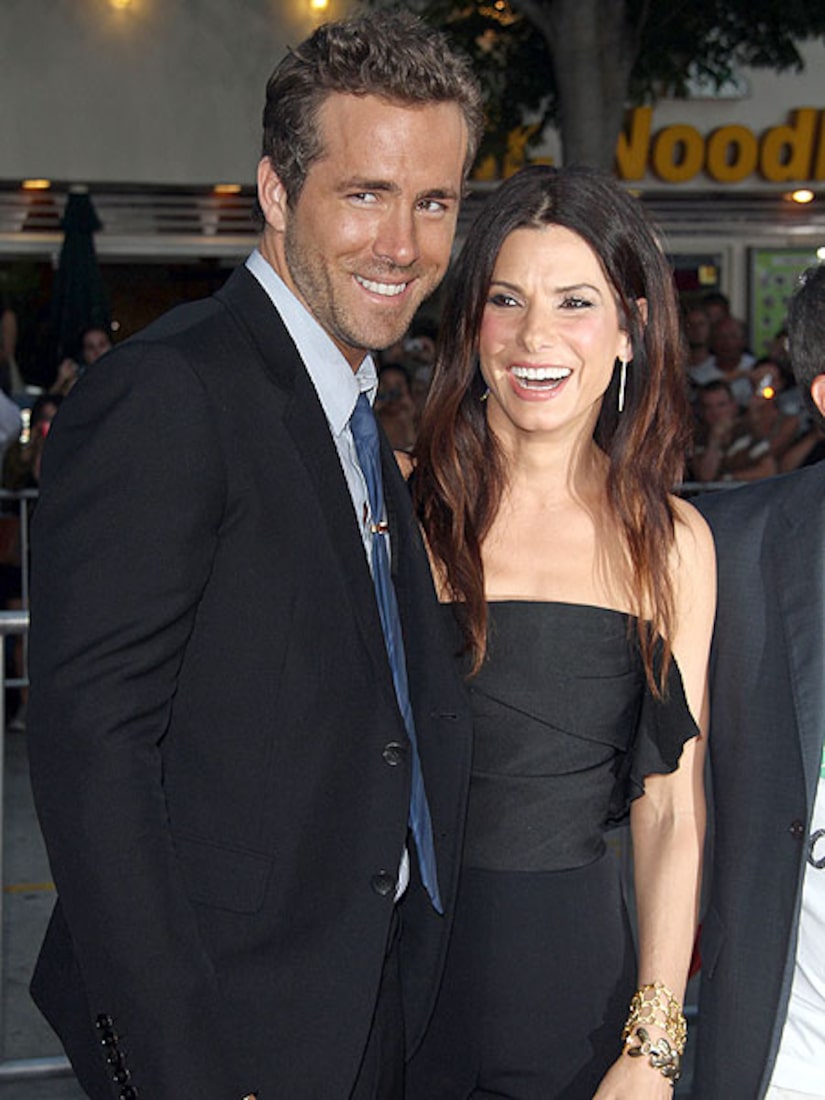 Ryan, who has come a long way since starring in "The Proposal" with Bullock, and now one of the most eligible bachelors in Hollywood, revealed who accompanied him to the opening. "I just brought the whole Reynolds clan. I've got my mom and my brother."

Reynolds joked, "I have a paramedic on standby" (in case the film is too shocking for his mother). 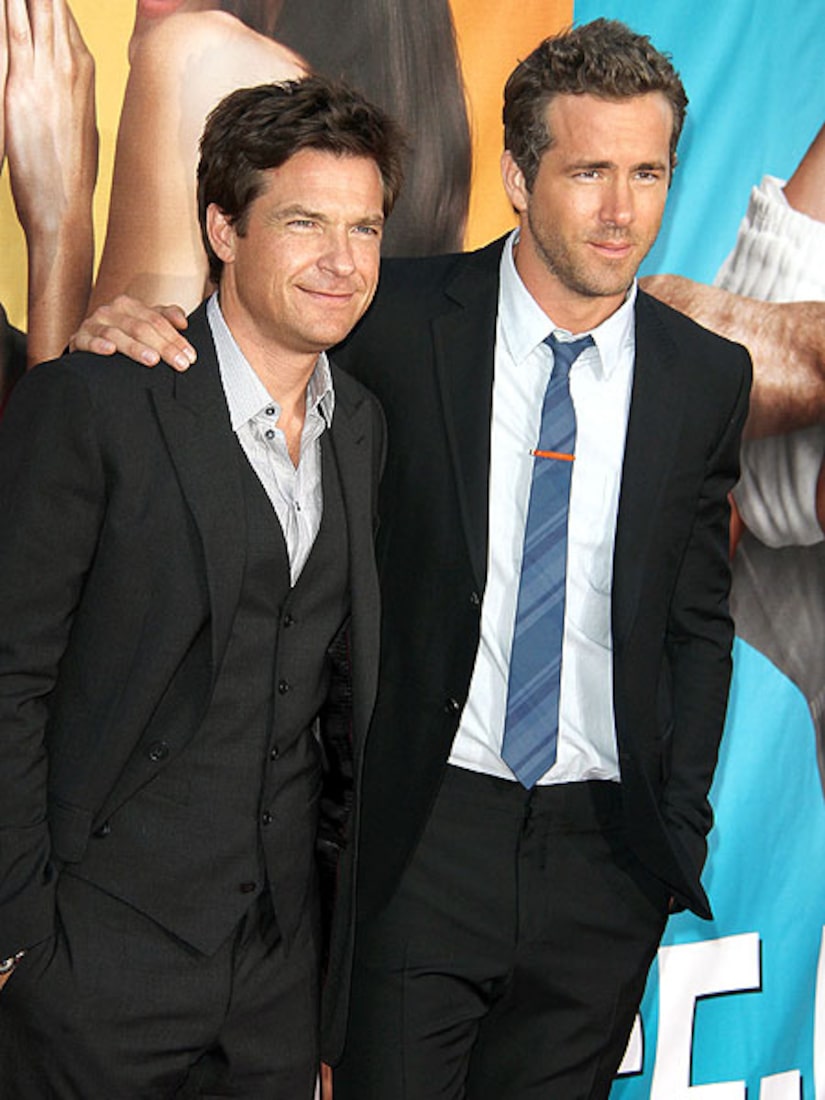 When Renee told the hunky star she heard he's ready get back into the dating scene (Reynolds and actress Scarlett Johansson finalized their divorce on July 1), Ryan replied, "I'm just going to avoid that entirely because that's what we call a can of worms! Not just in my industry, [but] in any industry."

Bateman informed Reynolds, "We don't need to hear about your STDs right now, she's just asking when you're going to start dating."