Teetering into an L.A. courtroom on $1,200 sky-high Madame Butterfly Christian Louboutins, Lindsay Lohan appeared in front of Judge Stephanie Sautner on Thursday for a routine probation hearing that was anything but routine. 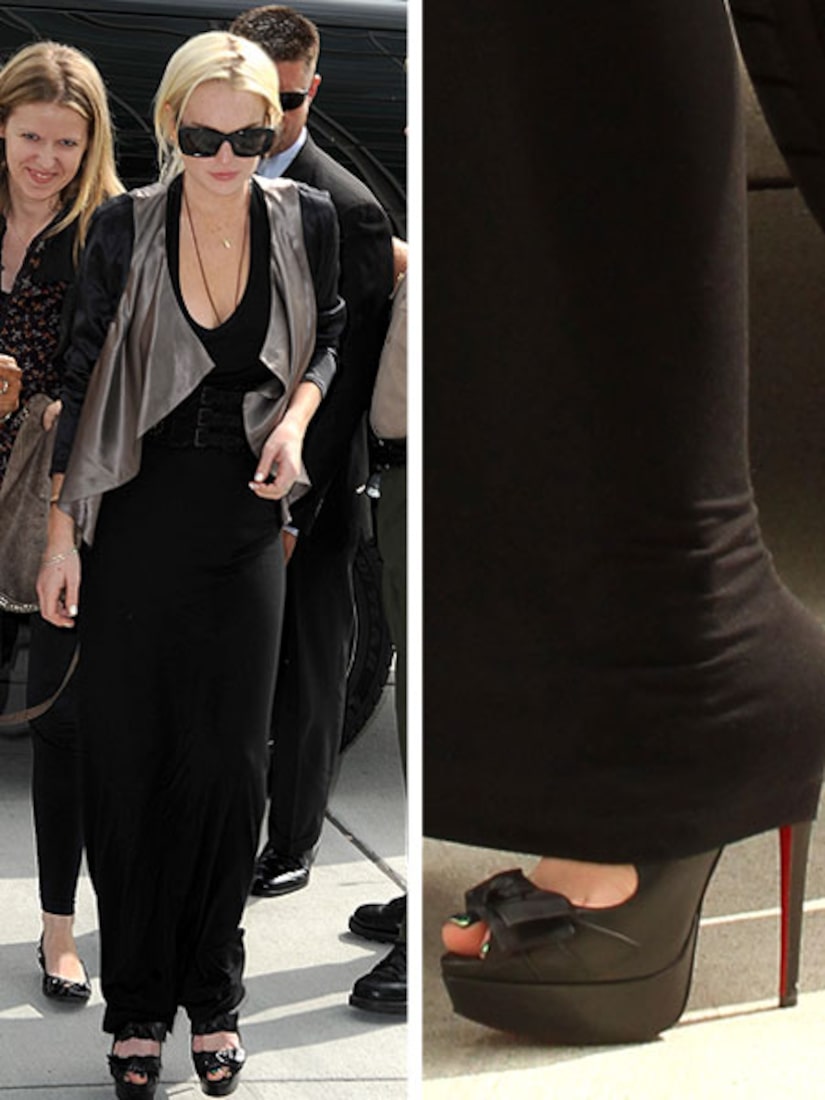 The intolerant judge talked to Lohan about slow progress in completing her community service, noting the actress has only fulfilled four out of sixty days. Sautner warned she would not give Lindsay any additional time to complete the service. "I don't want to hear, 'Oh, I couldn't do it because I was on the set of the 'John Gotti' movie," Judge Sautner bluntly said. 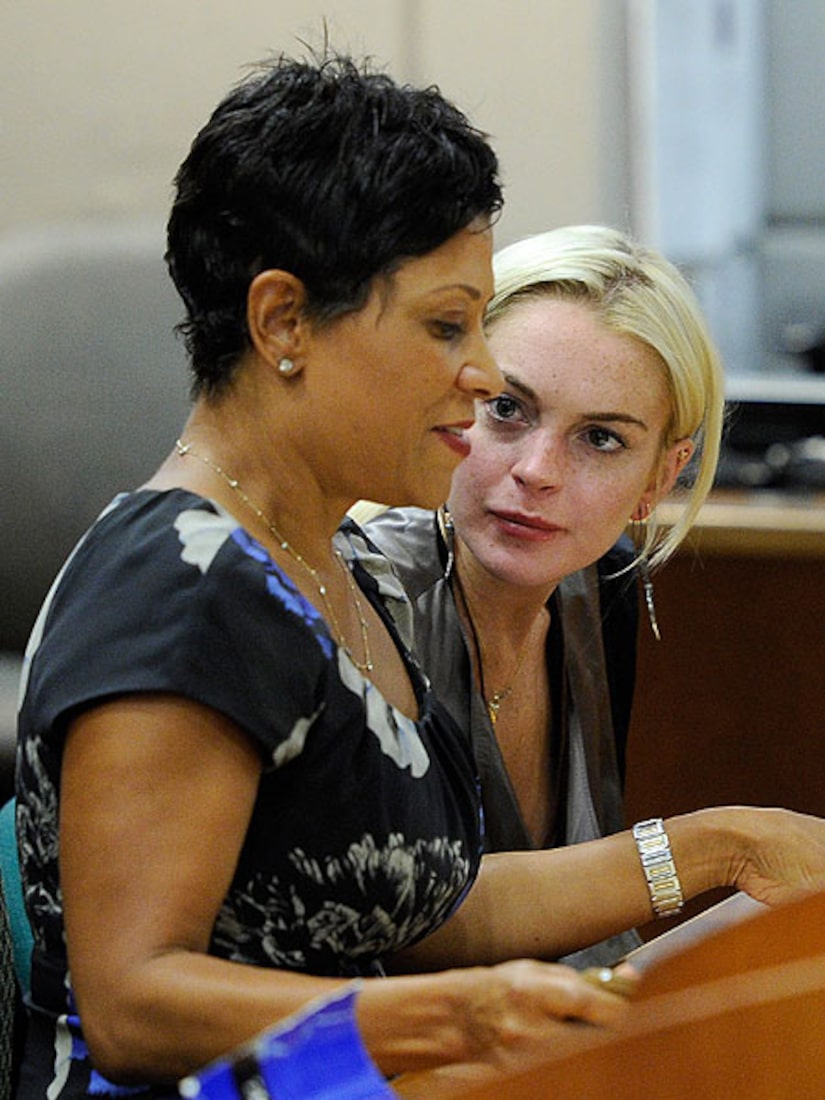 Another cause for the judge's frustration stemmed from the fact that Lohan has not enrolled in the required psychological counseling sessions. Lindsay claimed she was too broke to afford the treatment, but Sautner did not buy LiLo's financial excuse. The judge gave her 21 days to sign up with a personal counselor.

Lohan's probation officer, who some say has it out for the wayward starlet, pointed out to Judge Sautner on the probation report that Lindsay had violated her probation, claiming she did not pay $3,900 in fees for her community service. Sautner corrected the report, since those fees accrue over a three-year period, and wrote in the margin: "Probation concedes $3,900 is not currently owed."

When the officer reported that Lindsay did not provide proof to the Probation Department of enrollment in community service along with shoplifting and psychological programs, the judge wrote, "[Lindsay] was ordered to provide proof to court on 7/21 - not to probation."

Once again, Lucky Lohan prevails. The star will return to court on October 19 for another update.