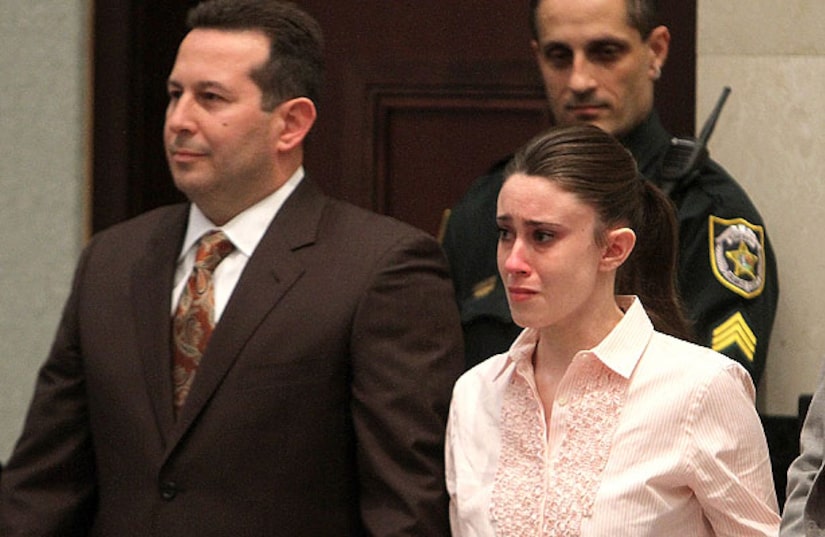 Alternate juror Russell Hueckler told CNN he "wholeheartedly" agreed with the verdict. "They didn't show how Caylee died, and that was important. No one could answer that."

"Extra" Lifechanger Dr. Drew believes in cases like these, DNA evidence should be an important factor, as depicted on popular forensics TV show, "CSI." "People are conditioned by shows like 'CSI' to look for the DNA link. There's no link here, no physical evidence, no reason, no motive. Just horrible parenting."

The shocking acquittal remains a trending topic on Twitter, where most people, including celebs, believe the jury made a mistake.

Mandy Moore: "Whoa! Shocked about the verdict in the casey anthony trial! Thought she was guilty for sure! Either way, tragic story..."

Carson Daily: "The jury better get into hiding."

The Verdict: Casey Anthony is Not Guilty, But a Liar

HLN's Nancy Grace explained what might lie ahead for Casey. "Now 'tot mom' finally has the beautiful life that she envisioned. She's free," Grace said on her show, adding, "She will walk free as early as this Thursday. She's set up to make very likely over a million dollars off the murder of her 2-year-old daughter, Caylee Anthony."

Anthony will be sentenced Thursday on four counts of lying to authorities, the sentence for which will likely be time served. Casey has been in jail for nearly 3 years.