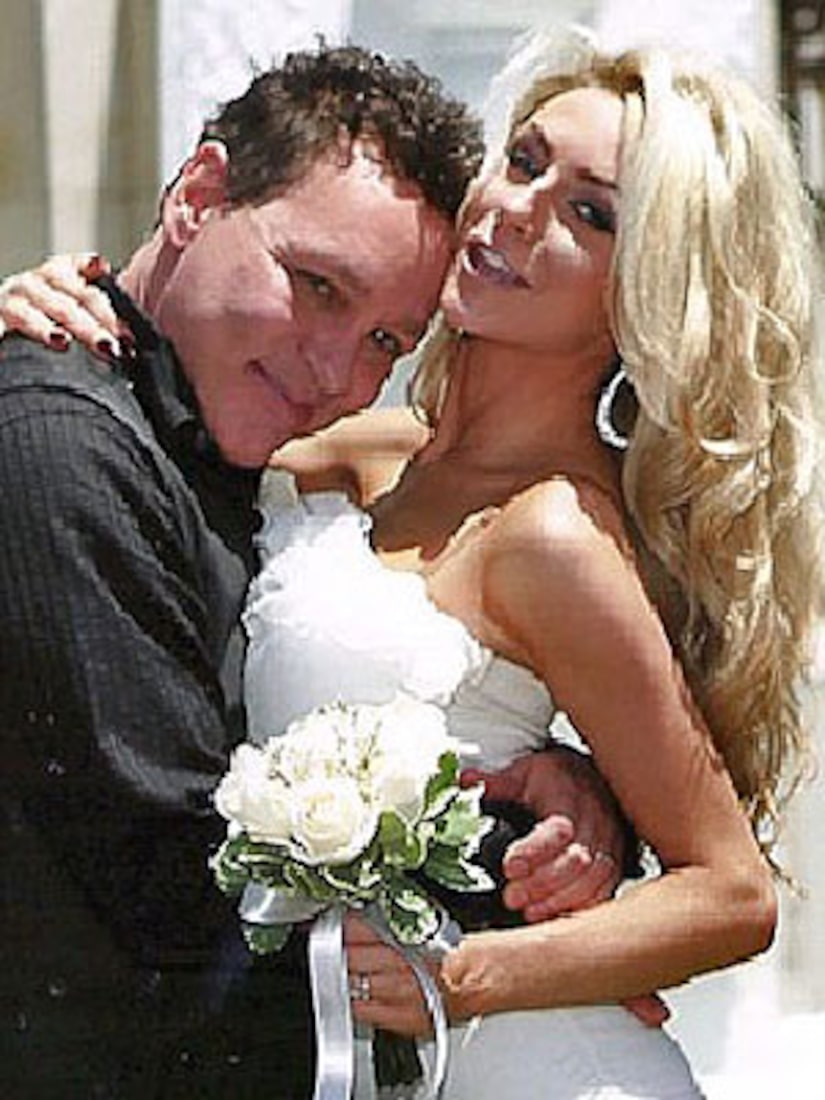 Doug Hutchison, 51, best known for his role as a troubled prison guard in "The Green Mile," tied the knot in May with aspiring country singer Courtney Alexis Stodden, 16!

"We're aware that our vast age difference is extremely controversial," the couple said in a statement. "But we're very much in love and want to get the message out there that true love can be ageless."

Check out photos of Courtney Stodden!

Krista Stodden, Courtney's mother, gave parental consent so the two could wed in Las Vegas, according to RadarOnline.com. "We are totally supportive of this marriage," said Krista. "Doug is a wonderful man and we love him."

According to Hutchison's website, he recently penned a 99-page memoir titled, "Hey, Guess What? Tom Hanks's S**t Smells, Too! (My Adventures in the Toilet of Tinseltown)."