Following the Congressman's resignation on Thursday, Anthony Weiner was mobbed by photographers and the media as he returned to his Queens apartment. Minutes later, he and his pregnant wife, Huma Abedin, got into a car holding a weekend bag, and escaped the madness by leaving Manhattan. 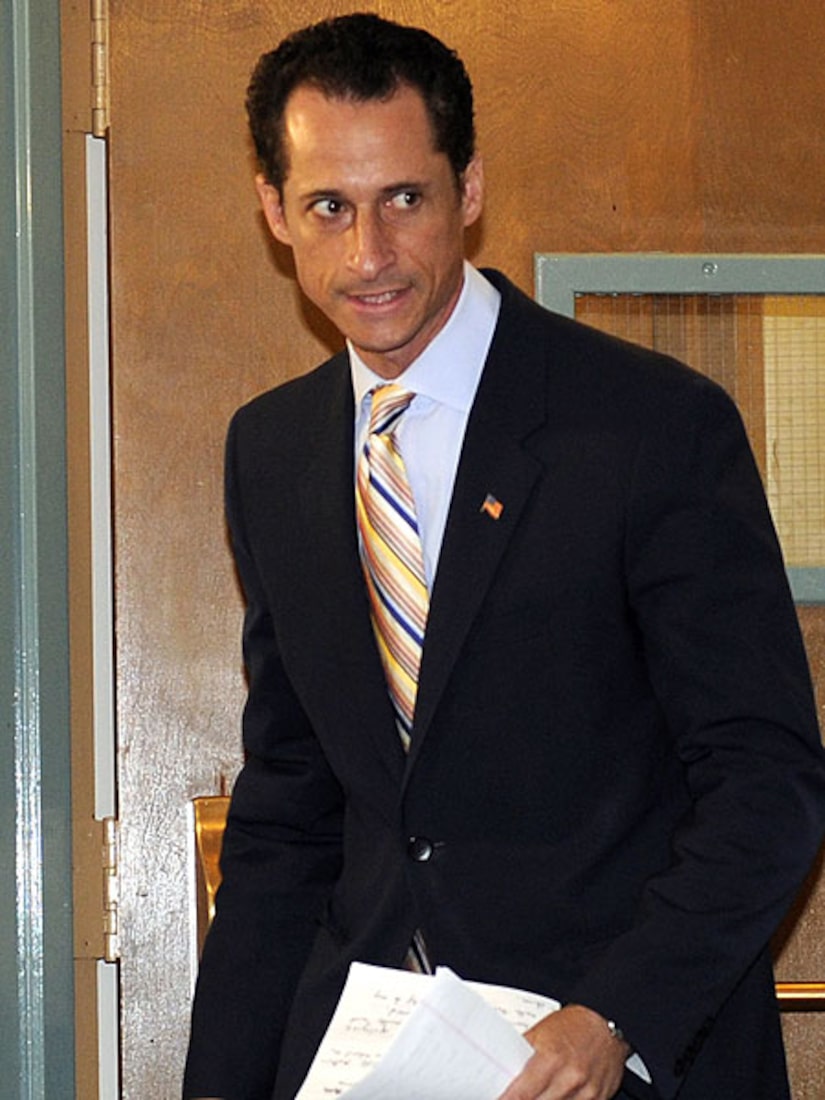 The power couple headed for The Hamptons, stopping briefly at a supermarket in Manorville, Long Island along the way. Weiner reportedly sang along to a '50's song that was playing inside the store, while America continued to talk about his resignation. President Obama appeared on "GMA," where he shared his thoughts on Weiner's future. "I wish Representative Weiner and his lovely wife well," Obama said. "I'm confident they'll refocus and they'll end up being able to bounce back."

When Weiner's vacation is over, perhaps he'll make a career move to television; he's been offered a guest spot as himself on HBO's "Entourage." Adult publication Penthouse also asked if Weiner would be interested in working for them.

It's unclear what Mr. Weiner plans to do next, as his $150K job is now gone. He and Abedin have two homes, one in Washington D.C. and one in New York City. The Daily Mail reports that Weiner's financial disclosure forms reveal $10-15,000 in credit card debt. And there's a baby on the way.