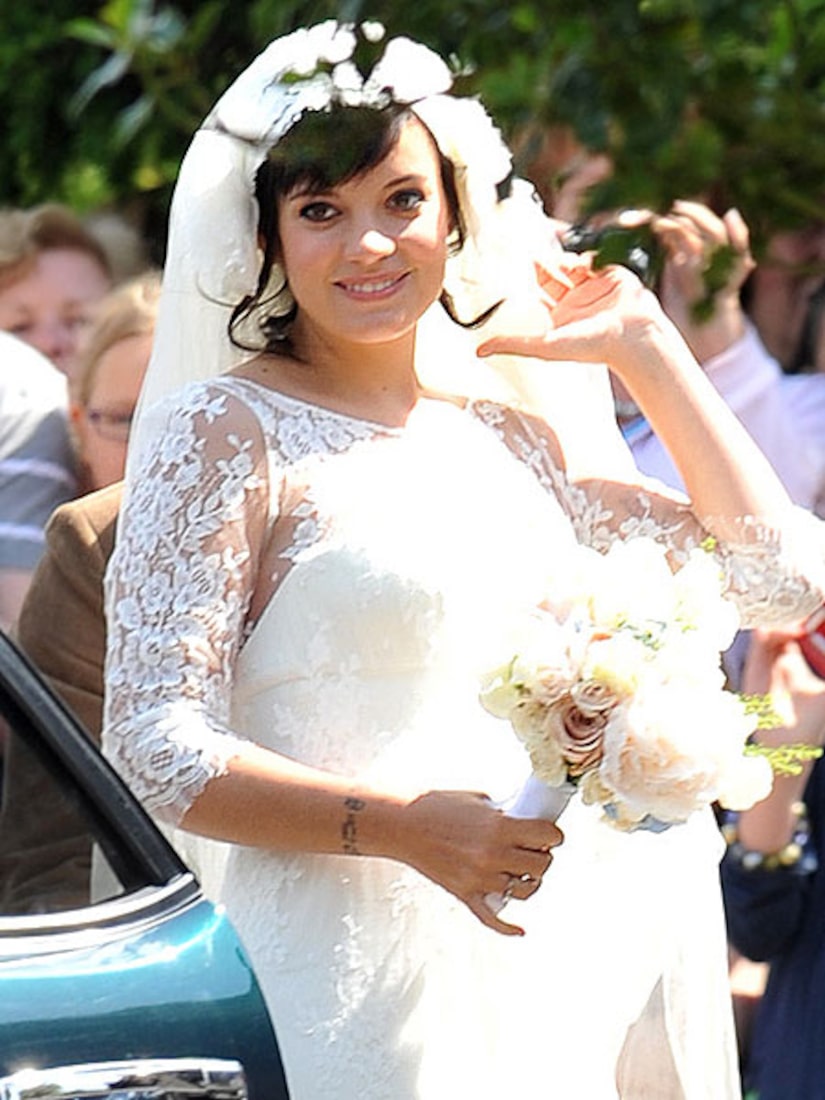 The "Smile" songstress wore a long lace sleeves and a fishtail skirt by French designer Delphine Manivet, People.com reports, and carried a bouquet of white roses. Her father, musician Keith Allen, gave her away.

The wedding date wasn't a surprise since it had been leaked to the press by an unknown guest, who sent the save-the-date card to British newspapers in March.

The two had been dating since 2009 and became engaged last Christmas.