An alleged photo of Rep. Anthony Weiner's nether regions has been leaked on the Internet, courtesy of Sirus XM shock jocks Opie and Anthony. 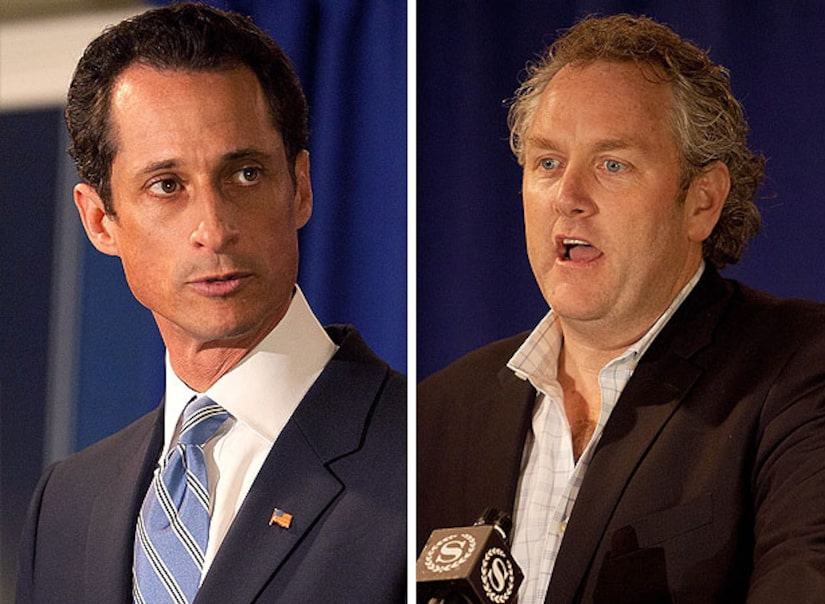 Conservative blogger Andrew Breitbart made a guest appearance on the show and brought along the pic. Breitbart has said he wouldn't release the picture because "I don't think I want to put his family through that type of thing," but he showed it to the radio show hosts who in turn took a snapshot and put it on Twitter.

"Earlier today, a photograph resembling one that I had withheld from publication in the Weinergate saga was released without my knowledge or permission.

Prior to the publication of our story on BigGovernment.com and BigJournalism.com this past Monday morning, it was necessary to show the pictures I had received from our source to several news producers, including several at major news networks, to prove that the additional material I described really did exist, which some have continued to doubt.

This morning, I showed a photograph, which our source claims Weiner sent her, to radio hosts "Opie and Anthony" of the Sirius XM radio network on my mobile device. Somehow, without my knowledge or permission, apparently a picture was taken of my mobile device, and subsequently published by Opie (Gregg Hughes) on Twitter.

His co-host, Anthony (Anthony Cumia), stated today: 'In regards to the photo of Anthony Weiner that was leaked by members of The Opie And Anthony show on 6/8, I want to make it clear that Andrew Breitbart had no knowledge that this photo was being made public. A phone with the photo was being displayed and a camera in the studio caught it. It was then uploaded to twitter [sic], again, without Andrew Breitbarts [sic] knowledge.'"

Breitbart concluded, "I regret that this occurred."

Weiner admitted Monday he has had "electronic relationships" with six different women, after a suggestive photo was sent to a college coed via Weiner's Twitter account last week.

The congressman said his wife, Huma Abedin, knew about some of his Internet dalliances, but confessed, "She didn't know until this morning that I had not been telling the truth about the Twitter picture I posted last week."