Trace Adkins' 5,000-square-foot mansion in Brentwood, Tennessee was engulfed in flames on a scorching afternoon on Saturday. His children were inside, but managed to escape safely. 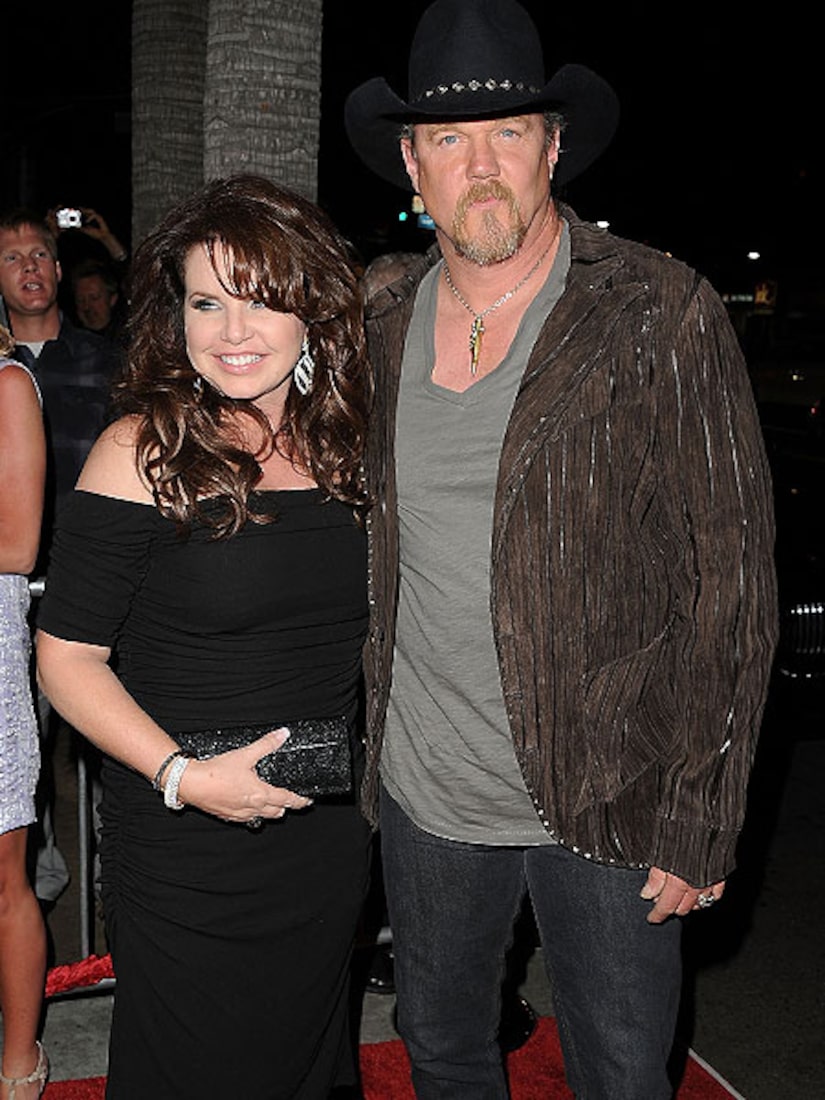 The couple's three daughters were watching a movie with a babysitter when they heard a huge crash. Unsure where the noise came from, the babysitter checked out the garage where she realized the home was on fire. She quickly called 9-1-1 and got everyone, including the family's pets, out of the home. Trace's wife, Rhonda, was out running errands and when she returned home, saw smoke and fire billowing from their home.

Minutes after the blaze, firefighters arrived on scene and battled the flames at around 3:30 P.M.

The family lost most of their possessions in the fire, but Rhonda told a NBC news affiliate, WSMV-TV, "It's just stuff." She said she was grateful no one was injured. Adkins was on his way to Alaska for a concert and was not near the mansion at the time of the incident.

Photos of the damage can be viewed on The Tennessean.com.