After announcing her engagement to her boyfriend of just six months, New Jersey Nets forward Kris Humphries, Kim Kardashian will rebound down the aisle in two short months, according to Life & Style. 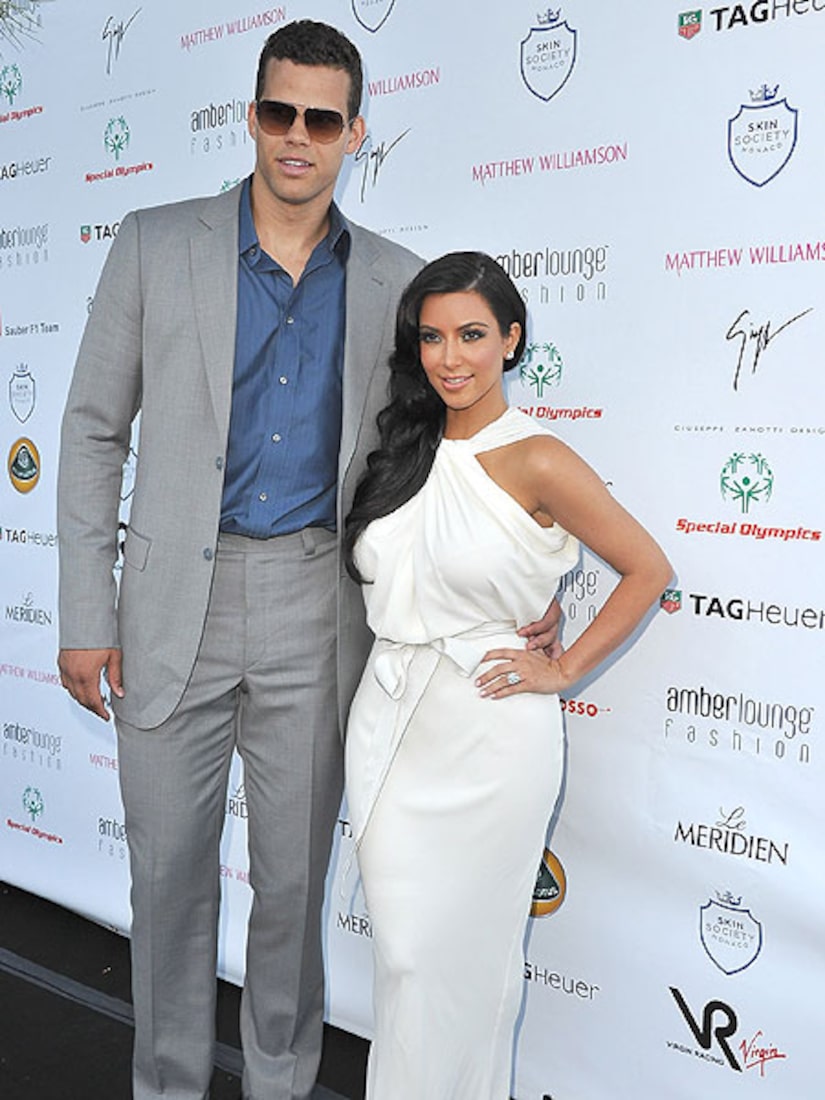 An insider tells the magazine, "The wedding is going to be at the end of July or the beginning of August. The reason they're rushing it is because they want to do it before the basketball season starts again, so that they have time to have a romantic honeymoon!"

Kim says she already knows what kind of wedding she will have. "I've envisioned the whole thing. I can't wait to get married. I've thought about it all for so long. What woman hasn't thought about her wedding since she was a little girl?"

According to the insider, the reality star wants her special day to be "very traditional, huge and formal."

The newly engaged star also revealed she would like to start a family as quickly as possible after she becomes Mrs. Kris Humphries, according to OK Magazine. Kim set the record straight about recent pregnancy rumors and texted Mario Lopez saying she is not expecting.

Kim spoke to "Extra" last February about starting a family and said, "Not anytime soon, but I never know what the future holds."

According to OK, a source dishes, "Kim always thought she'd have at least one or two kids by now, so she's absolutely in a hurry. And Kris loves kids and doesn't see any reason to wait. Her friends are even taking bets on whether it will be a boy or girl."