Brangelina stepped out in Hollywood on Sunday for the premiere of "Kung Fu Panda 2." A sultry Angelina Jolie showed off her long legs in a hot Michael Kors number, while Brad Pitt walked the red carpet feeling nude -- from head to toe! 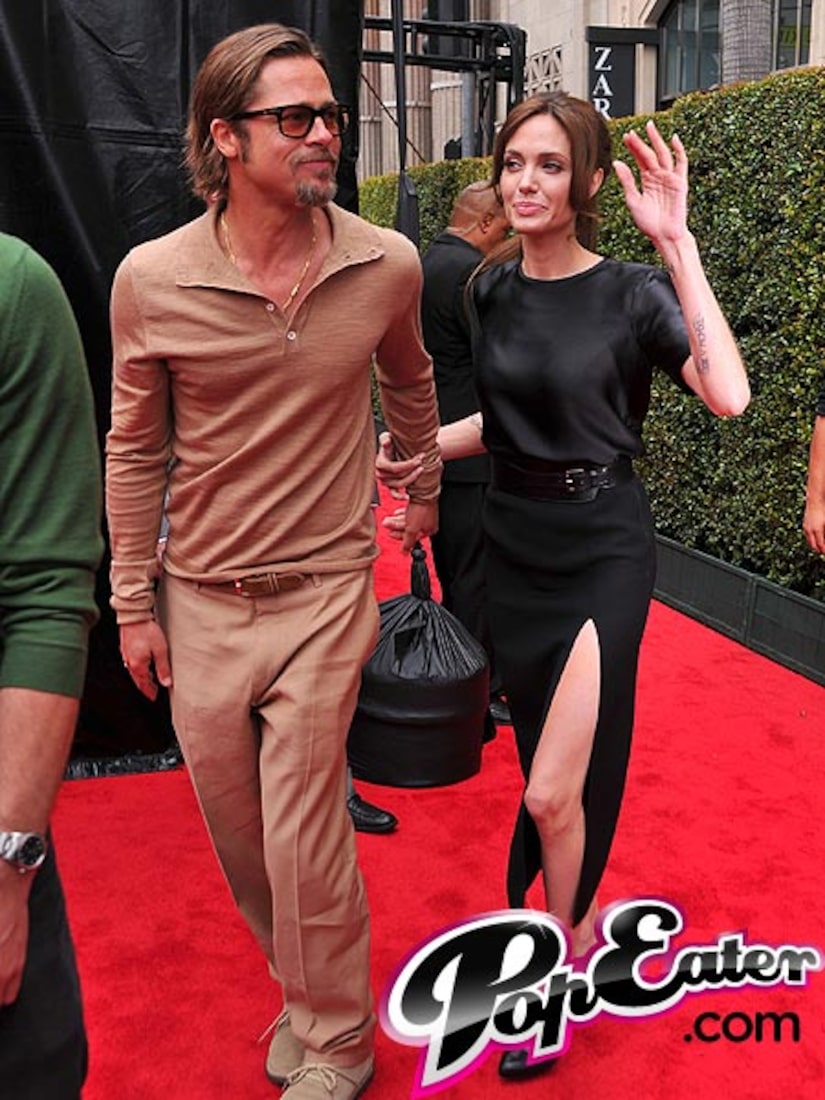 Jolie, who is the voice of Tigress in the animated film, said her "kids loved the movie. They thought it was funny and cool." Her famous children were maneuvered inside the theater before red carpet arrivals began.

Co-star Dustin Hoffman joked about the giant crowd of screaming fans, telling "Extra," "I think three people are here for Jack Black, five for Angelina, and the rest are mine." Jack Black posed for photos, commenting, "I don't know if this is Kung Fu. It might be more interpretive dance."

As the cast members walked the carpet, fans and paparazzi could not get enough of Brad and Angie, and shouted, "When are you getting married?"

"Extra" and PopEater want to know what you think. Should they get married -- or would it ruin a good thing? Vote now!