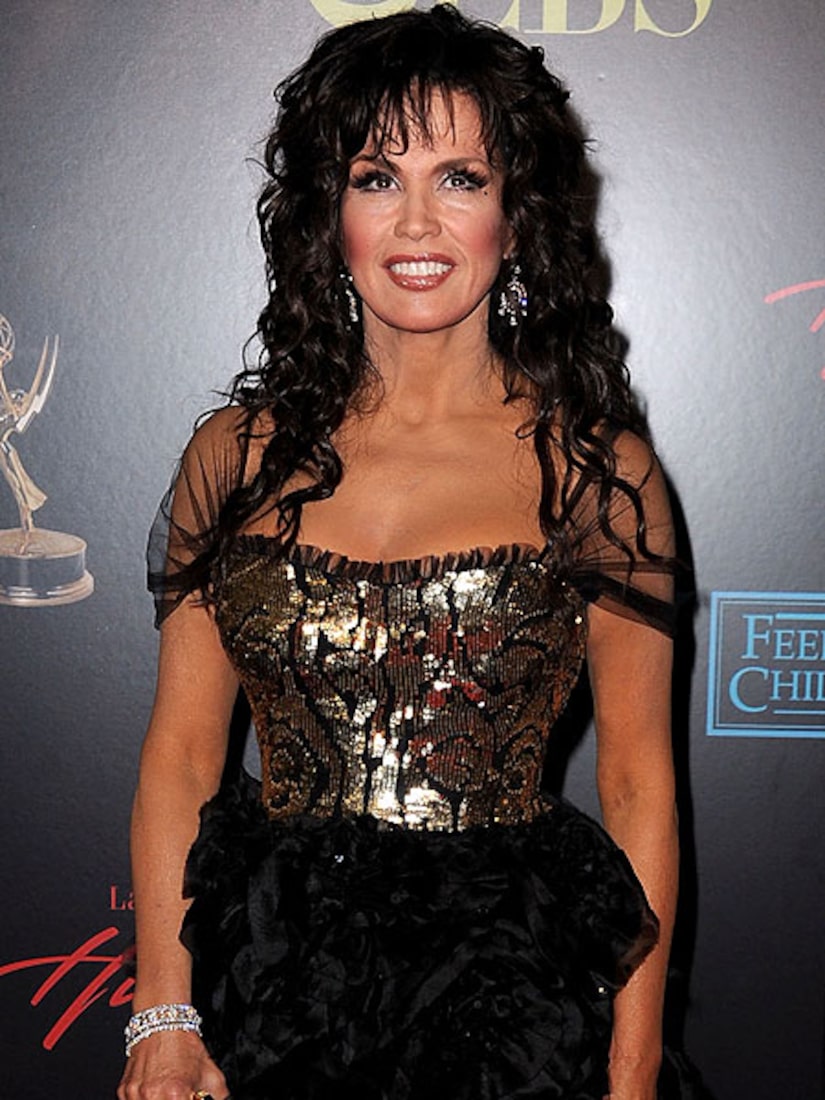 "I am so happy and look forward to sharing my life with Stephen, who is an amazing man as well as a great father to my children," said Osmond, 51, who has a son, Stephen, 28, with Craig, 54.

The two held a private ceremony at the Las Vegas Mormon Temple, where Osmond wore the same wedding dress she wore when she and Craig first married in 1982!

This new wedding date also marks the birthdays of both Osmond's late son Michael, who was Marie's son from her second marriage, and her late mother, Olive. Michael committed suicide last year by jumping from the eighth floor of his apartment building.

"It was important that both Michael and my mom were with us on this special day," Osmond told People.

Osmond is currently performing with brother Donny at the Flamingo Hotel in Las Vegas, and just this week they released "Donny & Marie," their first studio album together in 30 years. Craig is now a motivational speaker.