"Extra" caught up with comedian Jerry Seinfeld at the Tribeca Film Festival Vanity Fair Party and gave us the inside scoop on why he loves Donald Trump, despite Trump's recent public rant aimed at Jerry for pulling out of his son's charity event. 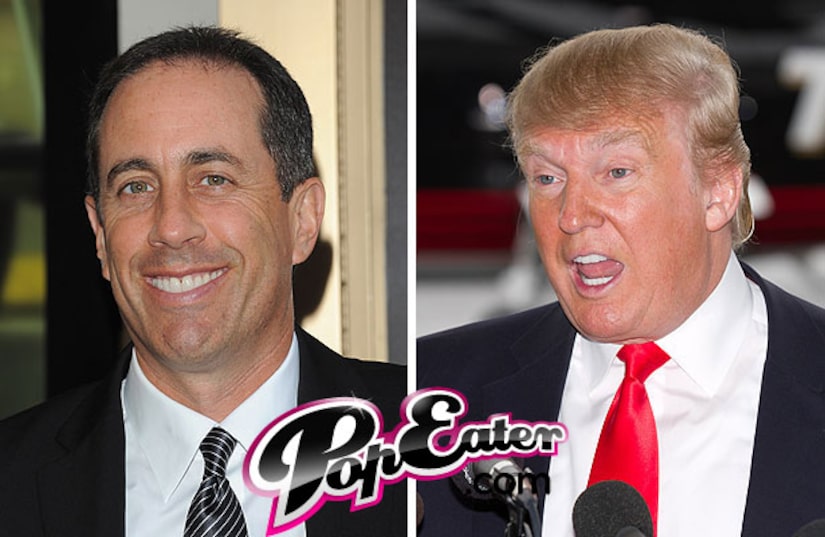 What Did The Donald Say About Jerry?

The Donald recently sounded-off to "Extra" and expressed his disappointment over Jerry canceling, because "St. Jude is one of the great charities and Jerry cancelled on St. Jude and the kids... these incredible kids that are trying to get better. It was a nasty thing to do."

Even though he won't attend the St. Jude benefit, Seinfeld made a donation to the organization and confessed, "I have no problem with him. I just can't be with him."

With all of Donald's public feuds, do you think he is still a viable candidate for President? Vote in "Extra" and PopEater's Poll!