If the "Shoe" fits... "Glee" star Matthew Morrison (Mr. Schuester) and TV love interest Gwyneth Paltrow were spotted at London's Grosvenor House Hotel at 2 AM. While making their exit from the hotel, Paltrow shied away from paparazzi and covered her face with a silk scarf. 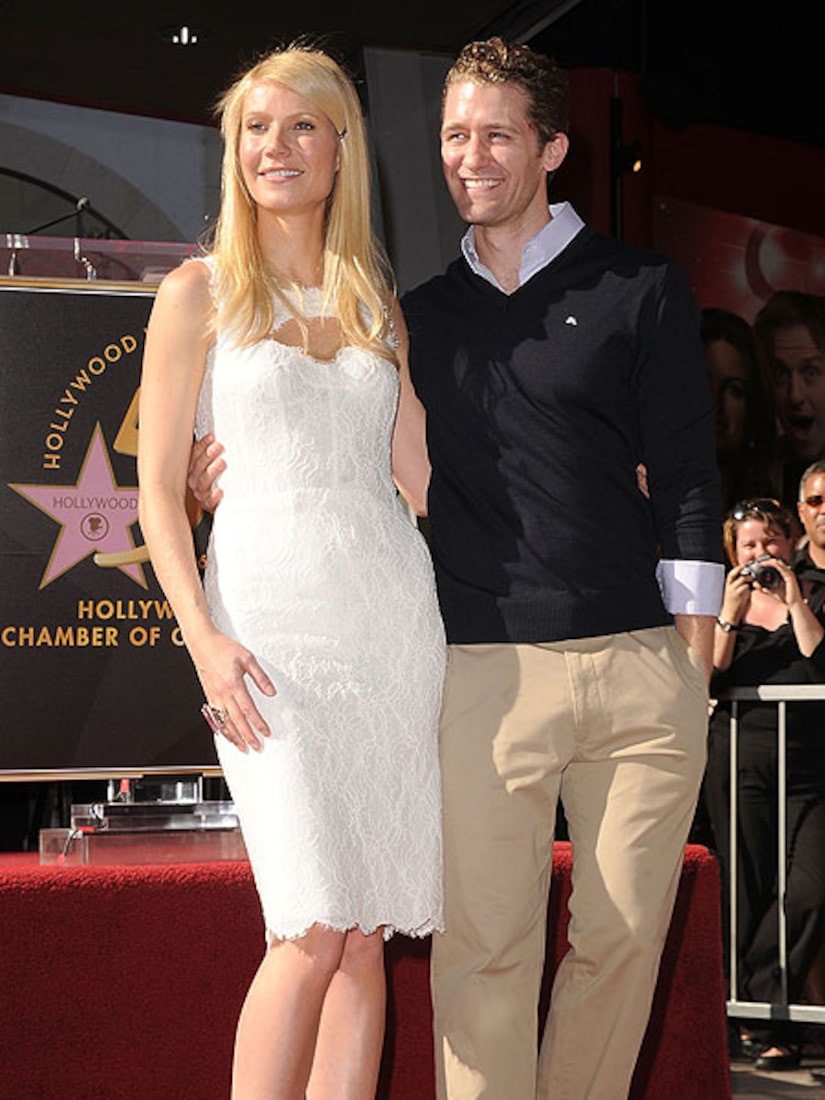 Paltrow and Morrison shared a meal at Locanda Locatelli restaurant before heading to the hotel for drinks, according to Daily Mail.

Matthew Says "Summer Rain" Was About an Ex

The pair became pals when the actress guest-starred on "Glee" as sexy substitute teacher Holly Holiday. Although it hasn't been confirmed, there's a possibility that Gwyneth might join Matthew on his solo singing tour this summer.

Morrison's self-titled album drops in May, and the singer/actor will tour the U.S. beginning in June -- kicking off in Minneapolis and ending in Los Angeles.

'Glee' Stars Before They Were Famous

"I worked at a Bat Mitzvah dress shop in New Jersey"

"I was a singing waiter at an Italian restaurant. I would serve food and then I'd break into a little Italian song and then I would go back into the kitchen and race lobsters with the chefs."

"I was in a music video. I forgot the artist, it was like David Guetta... I was painted like a fish."

"I worked at IKEA and it wasn't a crazy job, I actually liked it."

"I auditioned for 'American Idol' at 17, they told me, 'No.'""I got to the producers," she said of her audition experience. "I didn't get to meet anybody."

"I was a cookie scooper in the cafeteria in the mornings before high school. I worked summers at my cousin's dry cleaners."

"I was in a boy band, it was called NLT... definitely no longer exists."

"Before I was on "Glee," I was a taxi driver and I was the Walmart people greeter. That was a crazy job too. 'Hi, welcome to Walmart'."

"I worked at a bagel shop."

"I worked at Hooters. Trashy right?"