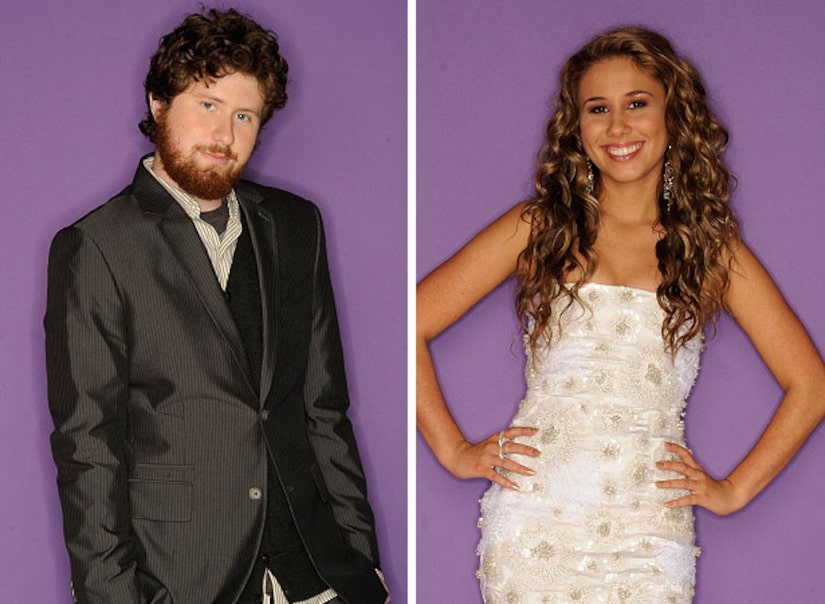 An "Idol" insider told In Touch that Haley, 20, and Casey, 20, have become close. "Most of their downtime is spent together and they have a very touchy-feely relationship," said the source. "They're always lying on each other when they're around the other contestants and everybody thinks they're hooking up."

Casey, who has been having medical problems related to ulcerative colitis which caused him to miss a show, has had his share of the "AI" drama so far this season.

Abrams and Reinhart are set to compete tonight on "American Idol." Now that the judges have used their only wild card save, two contestants will be voted off on Thursday's results show, narrowing the field to the Top 10.