In a weird twist of fate, Casey Abrams, who was considered a "American Idol" frontrunner, was voted off by the public -- but was then immediately saved by the judges!

A shaken Abrams found himself in the bottom three after performing the Marvin Gaye song "Heard It Through the Grapevine" the night before. 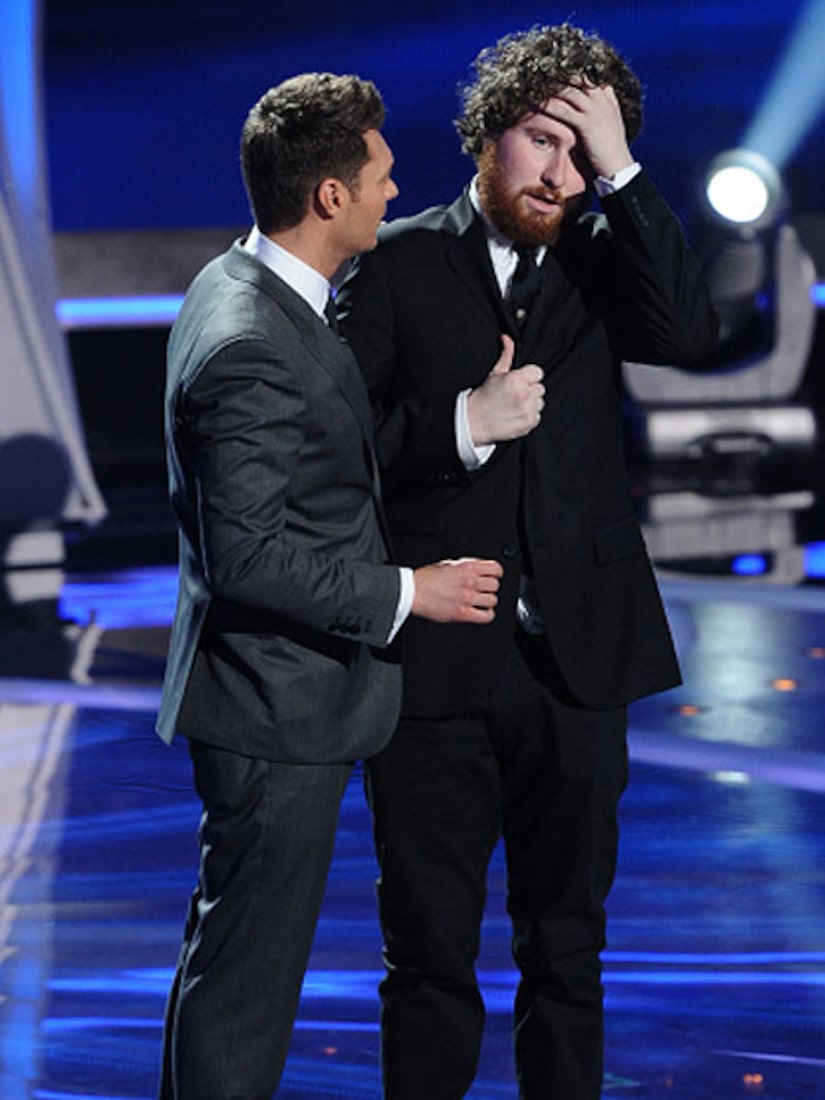 When he heard the bad news, Casey took the microphone from host Ryan Seacrest and started to sing "Don't Need No Doctor," hoping for the save, which came immediately when Randy Jackson stopped him. "This is crazy wrong," Steven Tyler chimed in. "We made a decision here to keep you on."

Casey really looked blindsided then. The singer, who has health issues, started trembling violently, muttering "Are you kidding, are you kidding?" staggering to the judges' table to thank them and collapsing to his knees as he embraced Seacrest. Then Casey ran into the audience and hugged his parents, sobbing, "I love you so much!"

"We just want you to get back to being the musician you are," Jennifer Lopez said about using the judges' one-time save card. "Just let people feel your soul."

After singing about needing a doctor, Abrams really had a doctor waiting for him backstage! The singer had previously explained he has ulcerative colitis, a type of inflammatory bowel disease.

The rest of the show included performances by Sugarland and Jennifer Hudson. Next week, two more will be eliminated, with no saves left.