UFC fighter Jon "Bones" Jones captured a robber at a park in New Jersey hours before his big fight! Jones was meditating near a waterfall with his coaches when they came across a distressed elderly couple who explained a man had just broken into their car and stole items from inside it before taking off running. 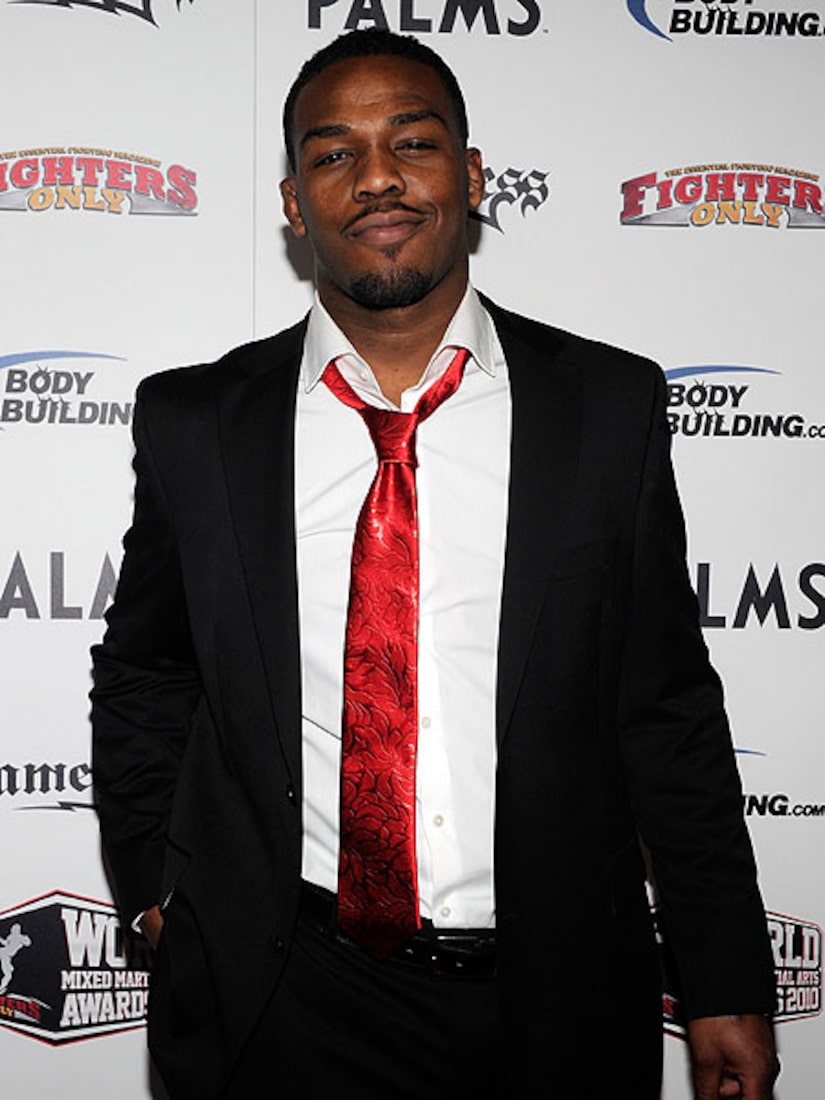 Jones, 23, began chasing the assailant through the park for a good distance before the robber tripped and fell. According to Yahoo Sports, Jon recalled, "I'm like 20 yards away and the guy, you could tell he was starting to get winded. He looks back at me, 6-4, and Greg and Wink are behind me and I'm just running. The guy tripped over his own foot and I got so scared because I didn't know what I was going to do when I actually caught up with him. I actually started barking at him!"

His coaches held him down while they waited for police to arrive. Jones also tweeted about it and wrote, "I caught him... Coach Jackson finished him... It feels so good to help others. It gives me power and energy."

The heroic fighter went on to win his UFC match later on that evening against Mauricio "Shogun" Rua in the third round.