"The Bachelor" Brad Womack made his choice very clear this time around, proposing to Emily Maynard. 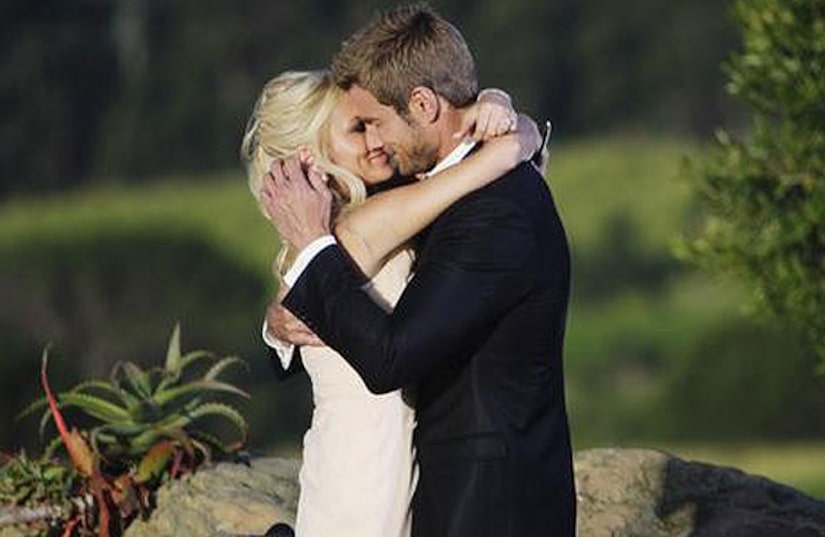 First, Brad crushed Chantal O'Brien's hopes of becoming Mrs. Womack. She said, tears streaming down her face, "You're an amazing person. Emily's very lucky. It just sucks because I felt so strongly."

Then, moving on to Emily, the two had a serious heart-to-heart the night before the big decision, in which Emily grilled Brad on whether he is ready to be a father to her 5-year-old daughter, a conversation Brad admitted he did not enjoy at all.

No matter. Brad still went with his heart the next day and knelt down on one knee proposing, "You're so much more to me than a leap of faith. You're the one, Em. I love you. You're my once in a lifetime."

Yet, in the "After the Final Rose" special, Brad and Emily admitted they have had a "roller coaster" engagement, almost breaking up at one point. "This is a real relationship. This isn't some fantasyland," Brad said.

"I really do love him," added Emily and although she considered them engaged, she admitted she isn't ready to set the date. "I feel like we have some things we need to figure out, how we fight, how we communicate... Could I move to Austin today? No."

Emily is happy that their relationship is now in the open and not part of the show, "It's a fresh start." He presented her with the ring - again and "sized this time" -- and put it on her finger. "I love you," he said.

The couple released this official statement: "At long last, Emily and I can be open to the world and each other about our relationship. Though we are madly in love, it has been a bumpy couple of months for us and our priority right now is to focus on our relationship. We hope that you can respect our privacy as we return to normalcy and begin our off-screen lives together."