Charlie Sheen's latest rant was via radio on Boston's Mix 104.1. The "winning" actor dropped a few more of his "Sheen-isms": "I watch all of you guys weep into your diapers in my rearview mirror. I've been blessed with a new brain and I'm usin' it... sorry!" 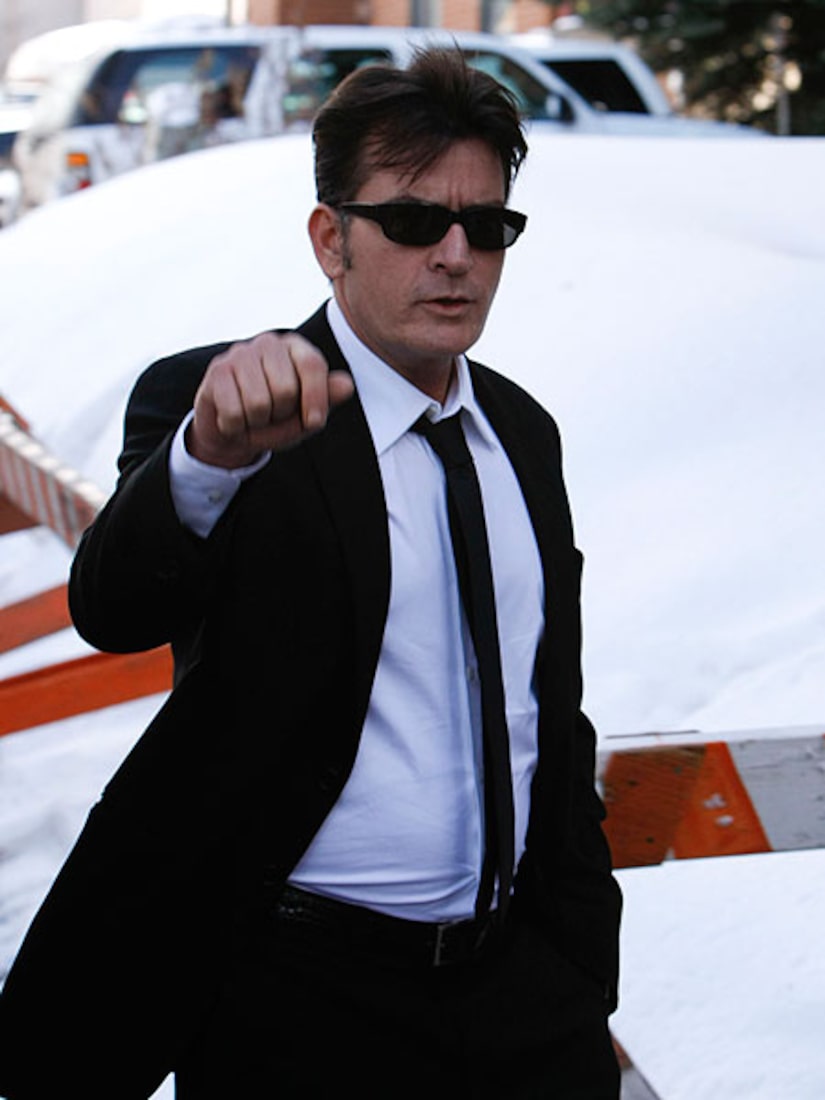 The battle of he-said-she-said with ex-wife Brooke Mueller also continues to escalate. Mueller claimed her ex sent an anti-Semitic text about his agent Mark Burg, before Charlie quickly fired back that it was really Brooke who sent the text in hopes of making him look bad. Brooke has now reportedly asked a judge for Sheen's phone records to prove her innocence.

Charlie, who believed his ex was using drugs again, challenged her to take a drug test. Brooke insisted she is clean but wants his so-called goddesses to get tested, since they were present when the couple's children were in the house.

PopEater.com's editor Rob Shuter revealed, "Several news outlets have started to putting together his obituary. They are certainly prepared for the worst, and in this case, that's what we're all hoping never occurs."

And the saga continues.

UPDATE: Charlie continues to win! The actor just tweeted that he and Brooke Mueller reached an agreement and will not head to court Monday, saying, "Not sure what all the legal noise is about... just verbally reached a deal with B. no court mon. yay...."