The battle between Charlie Sheen and ex-wife Brooke Mueller went back to court today with a restraining order filed against Sheen on Tuesday. It wasn't always this way between the couple, and "Extra" recalls the happy relationship they once shared. 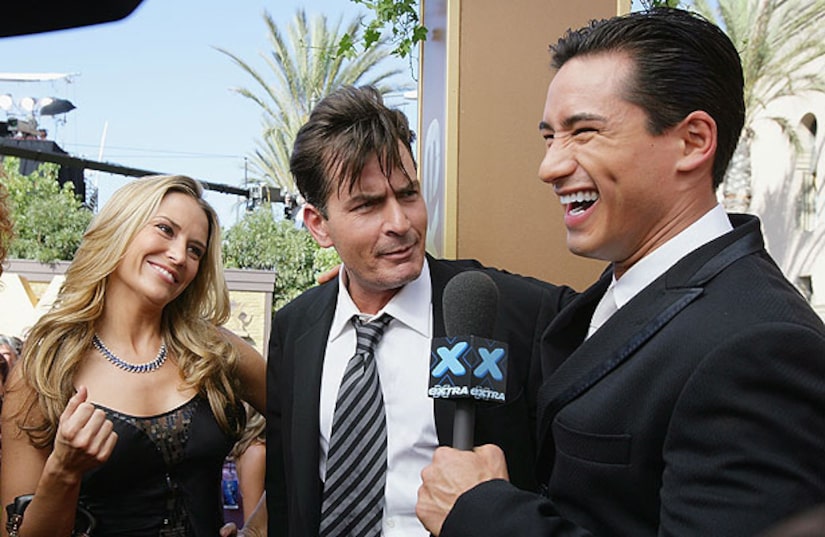 In a past "Extra" interview with a blissful Mueller and Sheen, we asked who was more neurotic and organized; Charlie pointed to himself. Brooke confessed she's the one who "always forgets stuff." In 2008, Brooke said, "I do," and a year later, Max and Bob were born.

Soon after, the couple's pleasant relationship would fall into a downward spiral of anger, addiction and allegations of abuse. On Christmas 2009, Charlie allegedly took a knife to Brooke's throat. That was followed by a stint in rehab and anger management. Sheen recently told Piers Morgan he is not a violent man and professed, "Women are not to be hit. They are to be hugged and caressed."

Charlie and Brooke filed for divorce in November 2010 and agreed to share custody of their twin boys -- until Mueller filed for a temporary restraining order on Tuesday leading to the abrupt removal of the twins from their father's home with the help of authorities.

Following Tuesday's removal, videotaped by RadarOnline, Sheen appeared on the "Today Show," sending a message to his ex. "Brooke, I'm sorry that you felt this had to be done this way. I urge you to reach out to me immediately if not sooner and tell me where our sons are."