Actress Lindsay Lohan once again found herself sitting in front of a stern judge - this time on a felony grand theft charge, to which Lohan has pleaded not guilty. 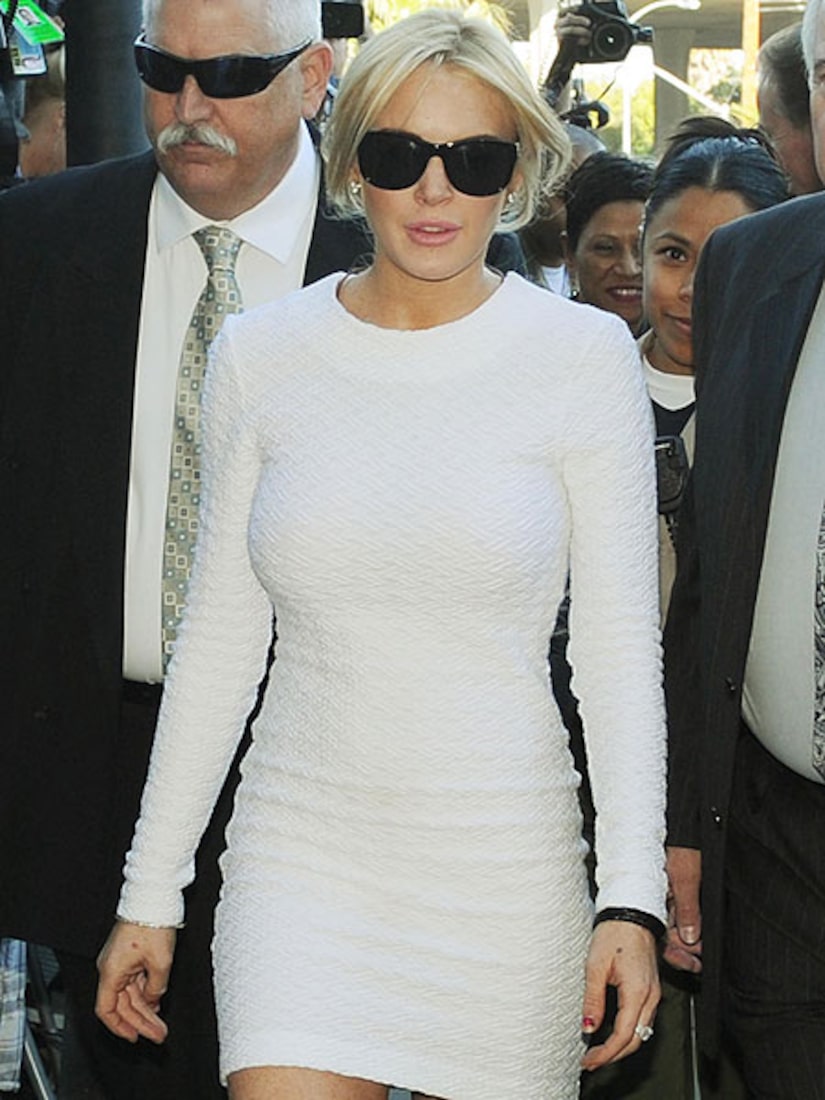 Judge Keith Schwartz told the troubled starlet, "You need to follow the laws just like everybody else. Look around this room. Everybody needs to follow the law. You're no different than anyone else, so please don't push your luck." He went on to say the circumstances in this case are different from her original DUI case, since it now involves a felony.

With attorney Shawn Chapman Holley by her side, Lohan was remanded into custody and is currently being booked. Her bail is set set bail at $40,000 -- $20,000 each for the felony charge and for violation of her probation stemming from her 2007 DUI case.

Lohan is charged with stealing a $2,500 necklace from a jewelry store in Venice, Calif. The actress was ordered to refrain from contacting the jewelry store during the case.