Will Ferrell has signed on to join the cast of "The Office" in an effort to smooth out Steve Carell's exit from the show, with three of Ferrell's four guest appearances coinciding with Carell's final three episodes. 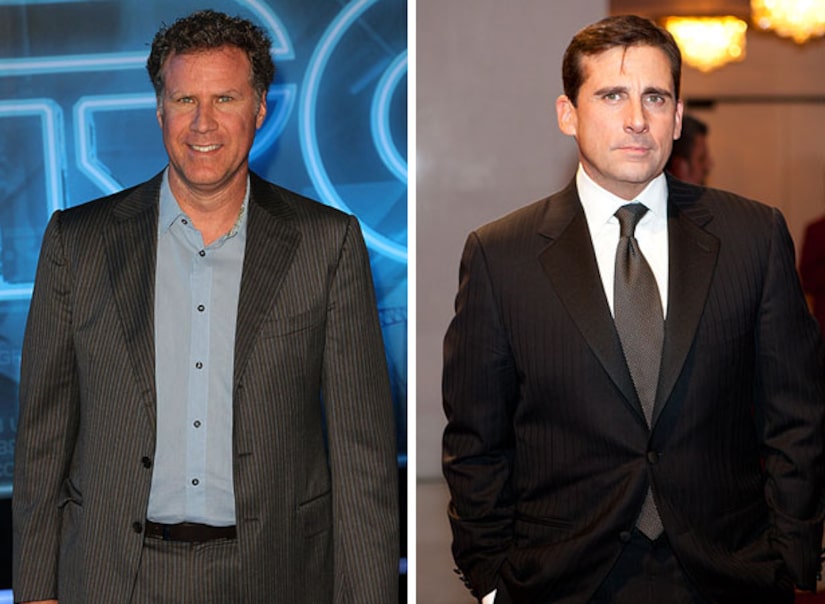 Will Ferrell and Other Celebs at Comiccon!

Steve is leaving the show before the season finale and will miss the last four installments. Ferrell will make his "Office" entrance as an inappropriate Dunder Mifflin branch manager who arrives from the home office.

"We found Steve Carell when he was nothing but a movie star, and we turned him into a television star," executive producer Paul Lieberstein says. "We are proud to continue 'The Office's' tradition of discovering famous talent, and we hope that once America gets a good look at Will, they'll see what we see: tremendous raw sexuality."

This isn't the first time the comedy stars have worked together -- they co-starred in "Anchorman" and "Bewitched."