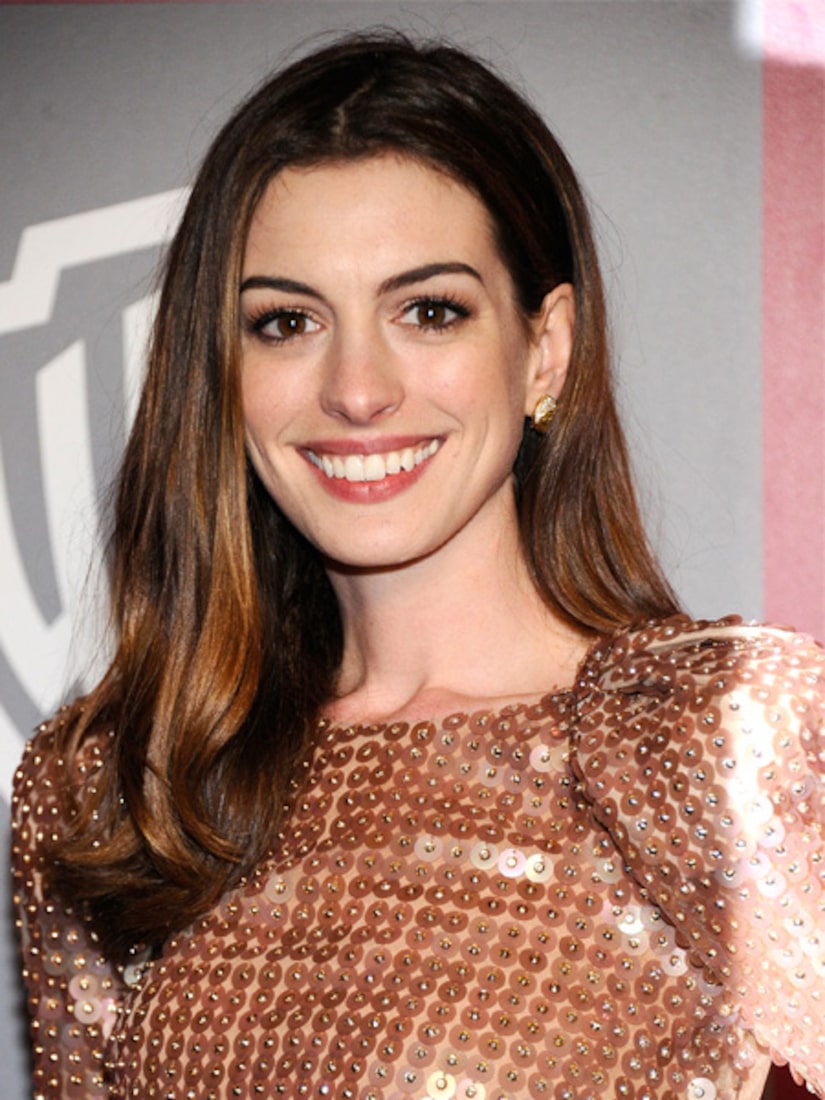 Hathaway told Jimmy Fallon back in November that she had already envisioned her character's role. "I would want to play Kurt's (Chris Colfer's) long lost aunt, his mother's sister, who is also gay, who comes back to help him deal with sexuality. And I would sing 'No One Is Alone' from Stephen Sondheim's epic show 'Into the Woods.'"

Photos! Anne Hathaway Through the Years

No word yet on exactly when Miss Hathaway will appear on "Glee."

Stars Before They Were Famous: They Did What?