Fresh out of rehab, Lindsay Lohan may not be hooked, but she's not off the hook. 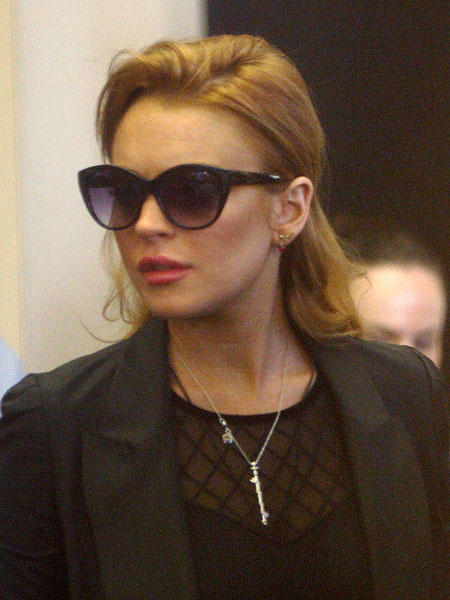 According to the Palm Desert Police Department, LiLo committed multiple probation violations last month during an allegedly rough encounter with a Betty Ford employee. It is unclear whether Lohan was intoxicated the night of the incident, but law enforcement confirmed Lindsay refused to take a breathalyzer. The PDPD is now turning the case over to prosecutors.

A rep for Palm Desert PD told TMZ, "The investigation and facts in evidence has (sic) revealed other possible violations by Ms. Lohan relating to certain conditions of her probation terms."

If the recovering starlet is found guilty of violating probation, she could end up spending six months in jail. The probation stems from a DUI arrest in 2007. Her probation is in effect until August 2011.