After signing off Twitter and Facebook last Wednesday as part of the "Digital Death" charity campaign, Kim Kardashian and fellow fundraisers Alicia Keys and Lady Gaga have all returned to their social accounts after raising $1 million for Keep a Child Alive. 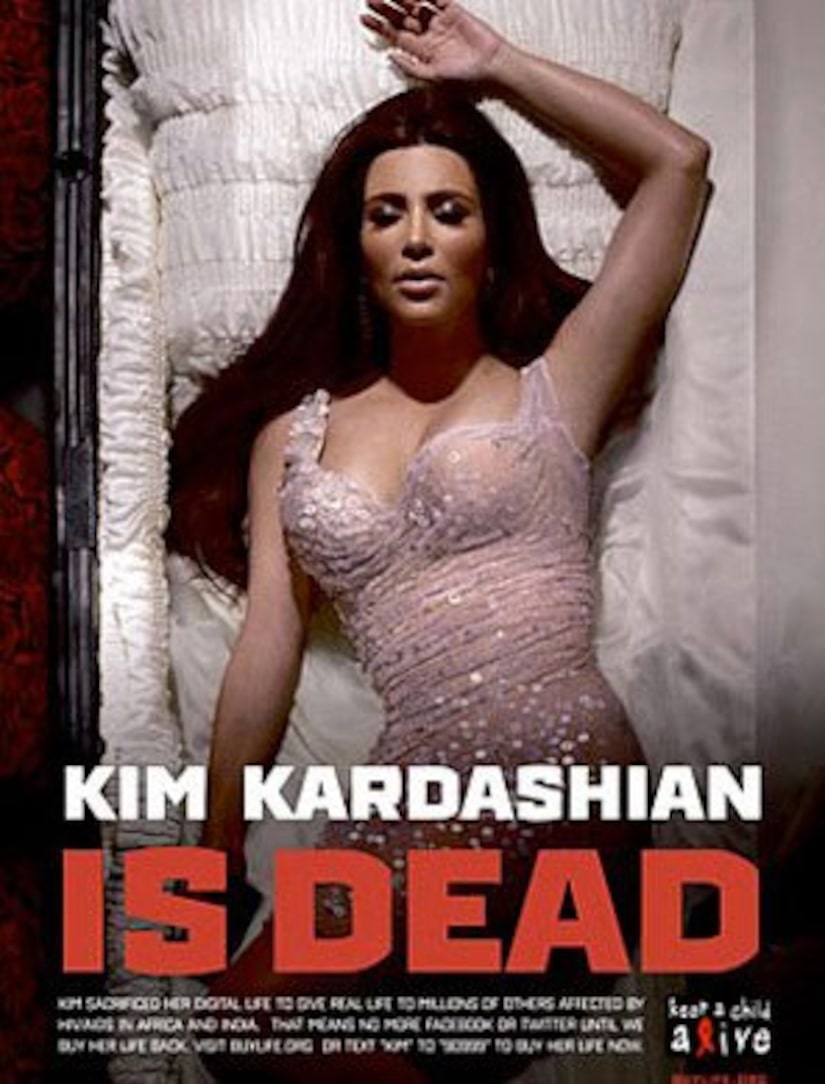 "I am back from the dead!" Kardashian tweeted Monday evening. "Thank you all so much for your donations and contributions! I have missed u all so much!!!"

Keys announced on Monday that the campaign reached its goal of $1 million, with the help of billionaire pharmaceutical exec Stewart Rahr, who donated $500,000.

"From the bottom of my heart, thank you to all of the fans, friends and artists who joined this cause," said the singer. "I'm incredibly inspired by all of the donations that have been made to help us achieve our goal and so humbled by the outpouring of support from everyone. Stewart Rahr has been a steadfast advocate of KCA and his generosity this time around is simply incredible."