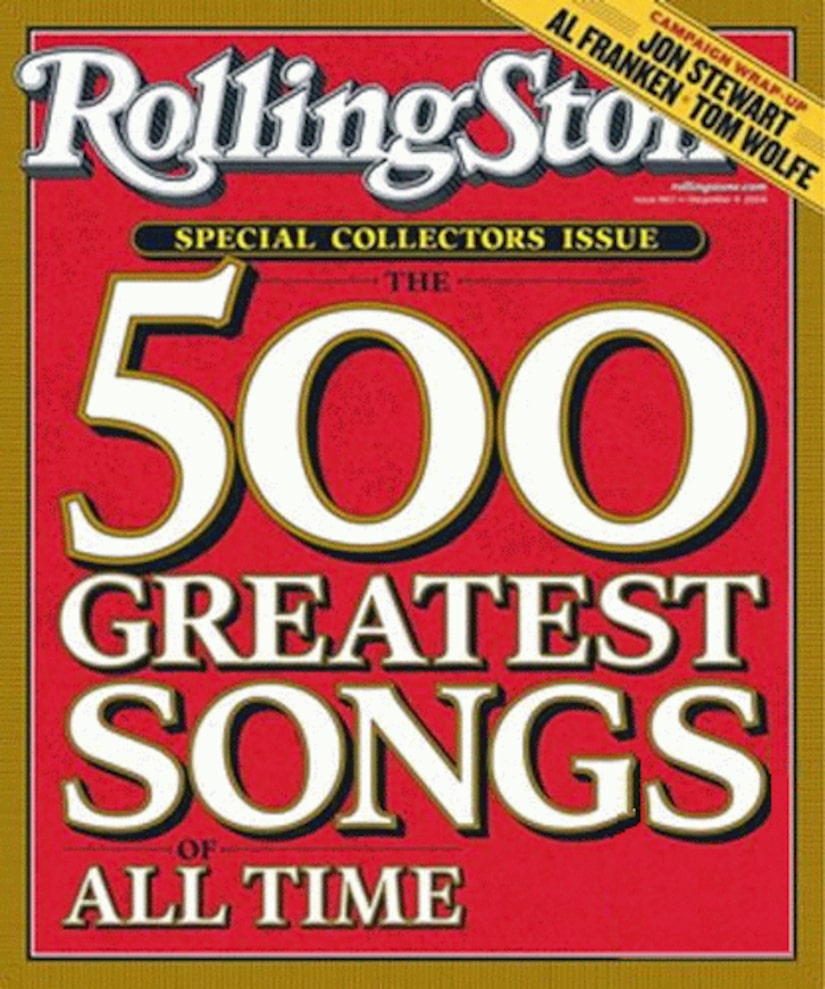 Rolling Stone's 500 Greatest Songs of All Time as voted on by a panel 172 musicians, critics and music-industry figures, including Chris Martin, Slash, Lil Wayne and others.

"When you hear a great song, you can think of where you were when you first heard it, the sounds, the smells. It takes the emotions of a moment and holds it for years to come. It transcends time. A great song has all the key elements — melody; emotion; a strong statement that becomes part of the lexicon; and great production."
— Jay-Z

"The 500 Greatest Songs of All Time" was the cover story of a special issue of Rolling Stone, issue number 963, published December 9, 2004, a year after the magazine published its list of "The 500 Greatest Albums of All Time." The list was updated in 2010 to include new additions.
The song list was chosen based on votes by 172 musicians, critics, and music-industry figures, including Chris Martin, Slash, Lil Wayne and more.
Check out the complete list of "Rolling Stone's 500 Greatest Songs of All Time" or download the digital version.