A week after being fired from his hosting job at CNN, Rick Sanchez sat down for an interview with ABC's "Good Morning America" and apologized for his slams at CNN and at Comedy Central's Jon Stewart, whom he had called a "bigot." -- AP 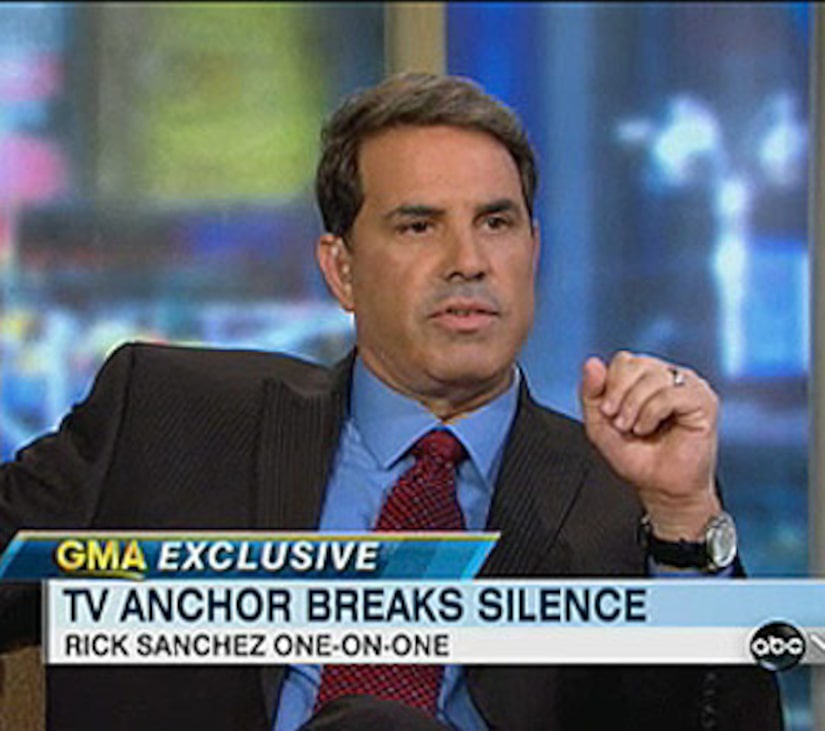