In her first appearance on "The Ellen DeGeneres Show" Wednesday, "Glee" star Jane Lynch reveals that Ellen inspired her to come out. 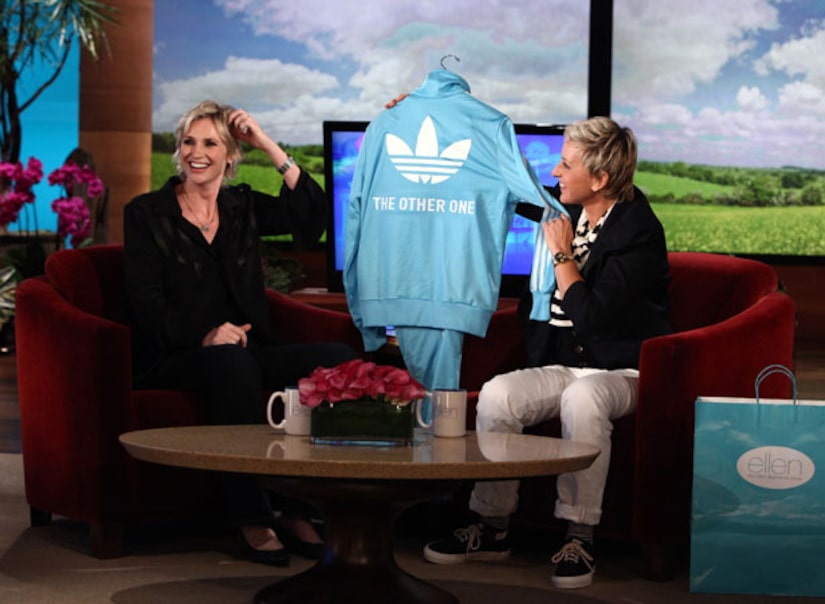 "You were at the height of your fame and you came out. And that just blazed a trail for me," said Jane, adding, "It made it so much easier for me what you did."

"By the time I started to do work where people knew who I was, I just never made the choice to hide that I was gay," Lynch reflected on coming out.

The actress believes that it would have been harder for her to admit her sexual orientation when she did, if she had been an A-list actress.

"It's because I'm a character actor, I think. If Julia Roberts were gay I think it would be harder. She's an ingenue. You want to project your hopes and dreams for love... like Brad Pitt."

Lynch, 50, married her long-time partner, psychologist Lara Embry, in May.