Judge Marsha Revel, who handed down Lindsay Lohan's 90-day sentence without blinking a heavily mascaraed eye, has taken herself off the case. 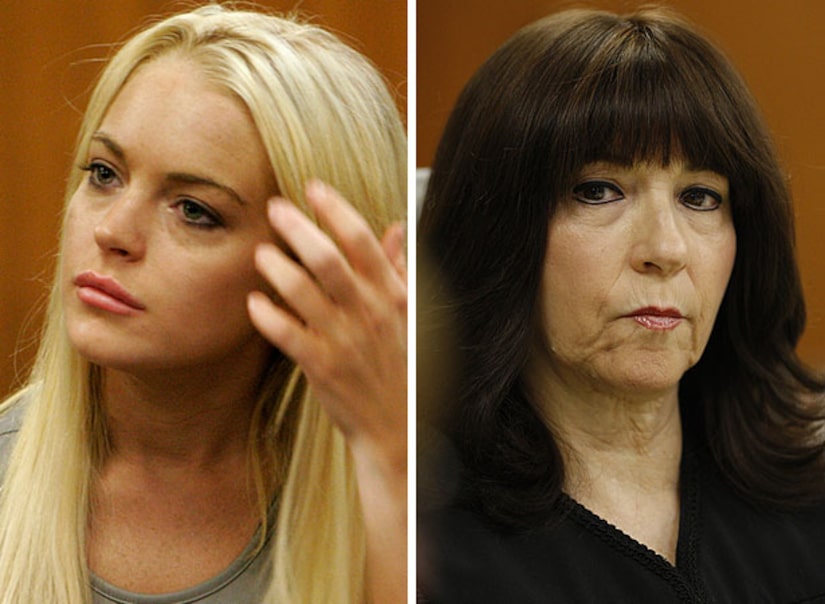 There are allegations Judge Revel improperly contacted "participants and experts" involved in Lohan's case, TMZ reports, including calling the Morningside Recovery rehab facility and then selecting Morningside for Lohan's rehabilitation -- which was not on the list provided by court-appointed experts.

Revel eventually agreed to UCLA, but the conduct issue was raised by the D.A.'s office on Friday. Revel voluntarily took herself off the case before legal papers were filed.