Just days before Lindsay Lohan went into the lockup at Lynwood Jail, the troubled starlet posed in a sexy black-and-white striped bikini for a Maxim magazine photo shoot. 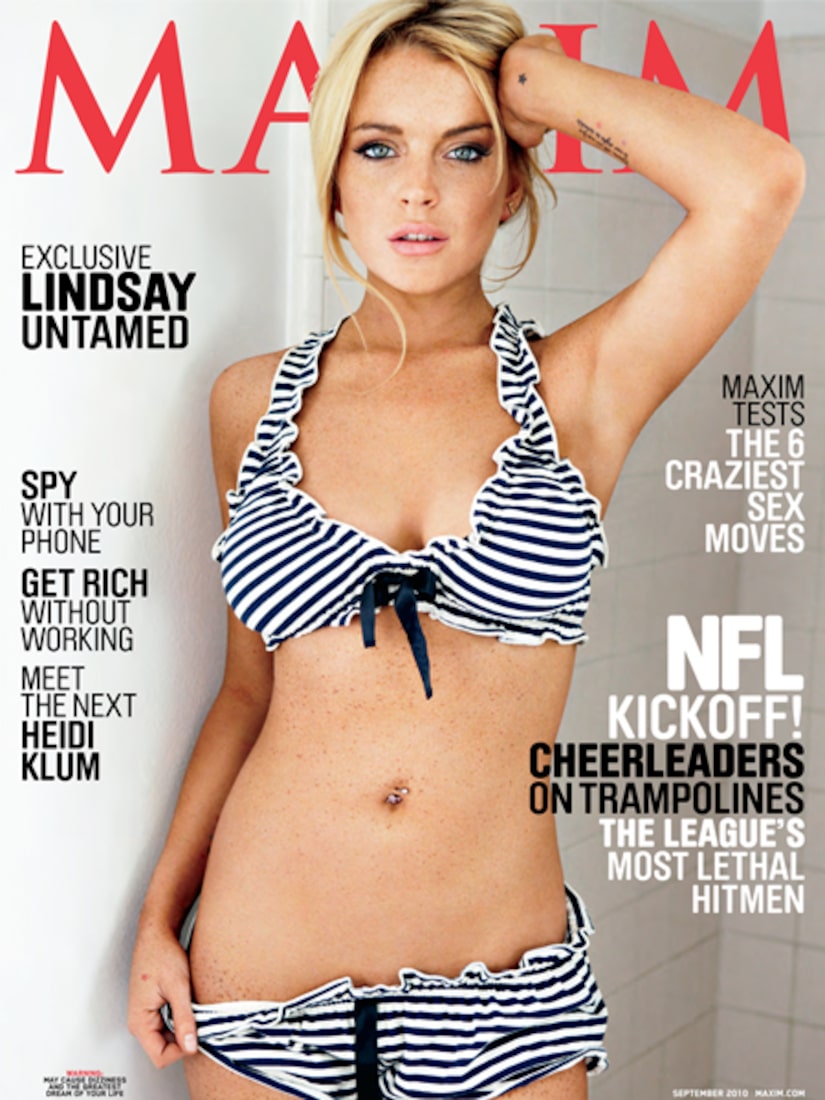 Sharing her future plans with the men's magazine, the 24-year-old said she hopes to focus on herself this year, adding that she'd like to "move all press on me to focus on the work I do. Also, I'd like to do more work in India and travel to Malawi."

Lindsay managed to stay positive about the turn of events in her life. "I am feeling strong," she said of her jail sentence. "I've experienced a lot in my life."

Her first film since the scandal erupted, "Machete," is set to be released in September. The actress said that filming was a "fulfilling experience" for her. "I play April, Jeff Fahey's daughter, who is up against Robert De Niro. April is clever and witty and aspires to model. I get to kick ass. It was a whole new experience for me on a set. I want to do more action films!"

Lindsay is currently undergoing 90 days in court-ordered rehab as part of her probation violation sentence.