Most celebrities have a breaking point when it comes to paparazzi pursuit -- and this weekend, Robert Pattinson reached his. 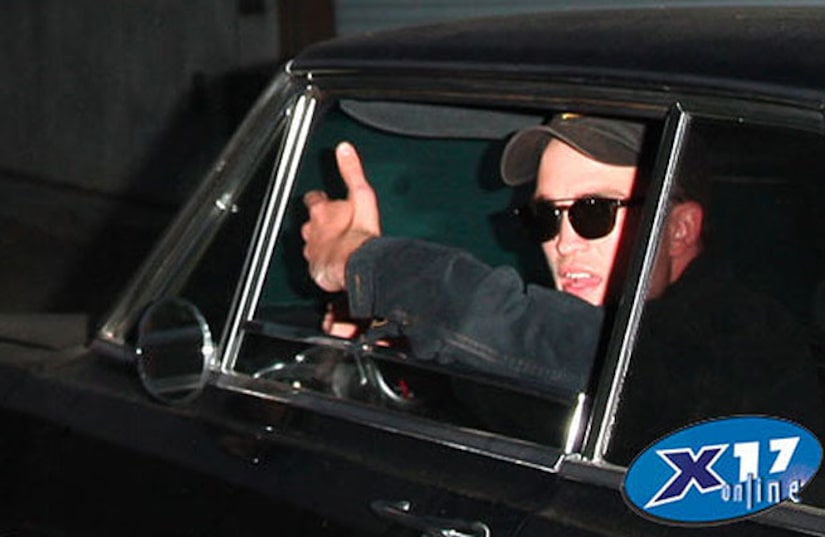 Persistent photogs pursued the "Twilight" actor all weekend, culminating Sunday when RPattz left a party in Malibu, hounded by shutterbugs, and allegedly bumped into two parked cars as he was trying to leave, or so says X17Online.

A short while later, a clearly frustrated Pattinson got out of his car on Pacific Coast Highway and confronted the pursuing paparazzi, asking them to leave him alone. He even tried to solicit the help of a nearby police officer. Finally, Pattinson just got back into his car and left.

As for the alleged bump and run, the actor's rep told "Extra," "Robert was pulling out of a parking space after a quiet day in Malibu yesterday and was relentlessly pursued by paparazzi. He has no knowledge of having bumped or damaged another car in the process."

Find out 20 facts about Robert Pattinson!

Pattinson once told "Extra," "If you've got people waiting outside your house, it's difficult to go out. It gets annoying. But there are always ways to avoid everything. I mean I go out and I'm hardly ever seen out, really."

"Extra" thinks the paps have been a little too invasive -- do you agree?