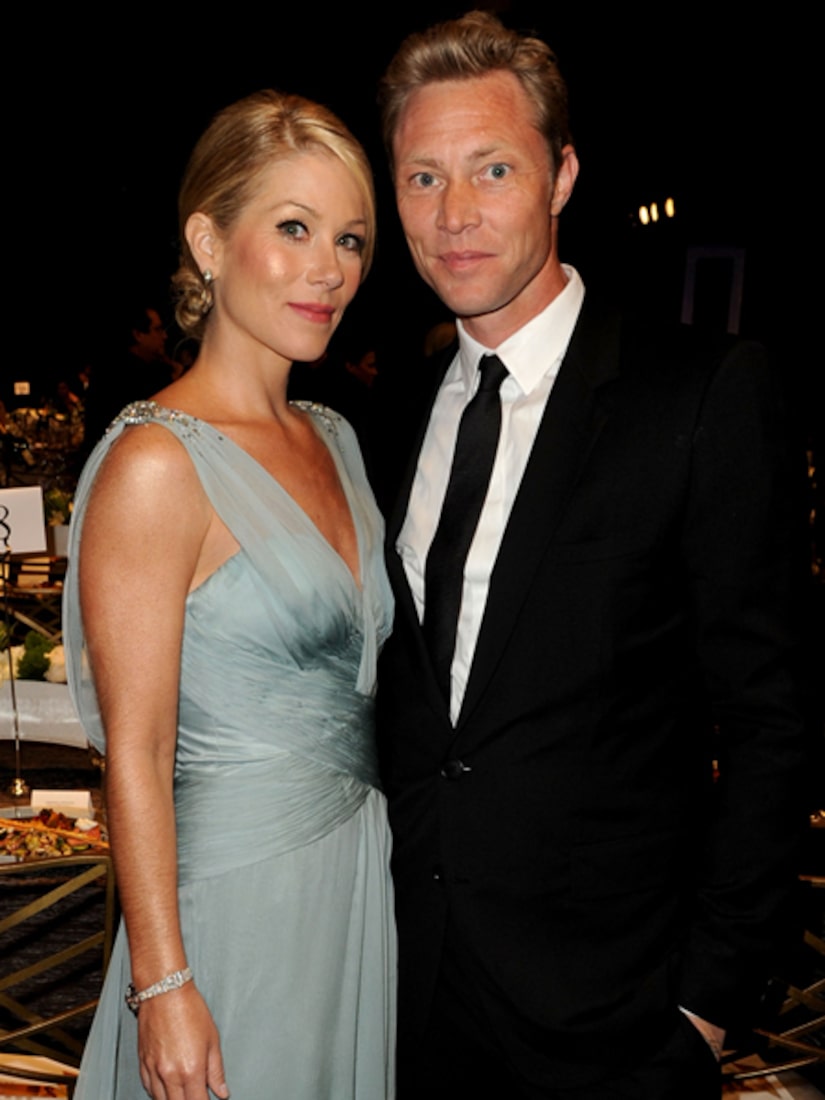 Applegate, 38, and Lenoble, 41, have been dating for two years - and became engaged on Valentine's Day. A wedding date for the expectant couple has not been set.

The actress was diagnosed with breast cancer in August 2008 and underwent a double mastectomy. She has since recovered and credits her fiancé for being her rock throughout the ordeal.