In the upcoming summer flick "Eat Pray Love," James Franco and Julia Roberts share a romantic journey, but Franco tells "Extra" that his co-star is "extremely shy" when it comes to onscreen romance. 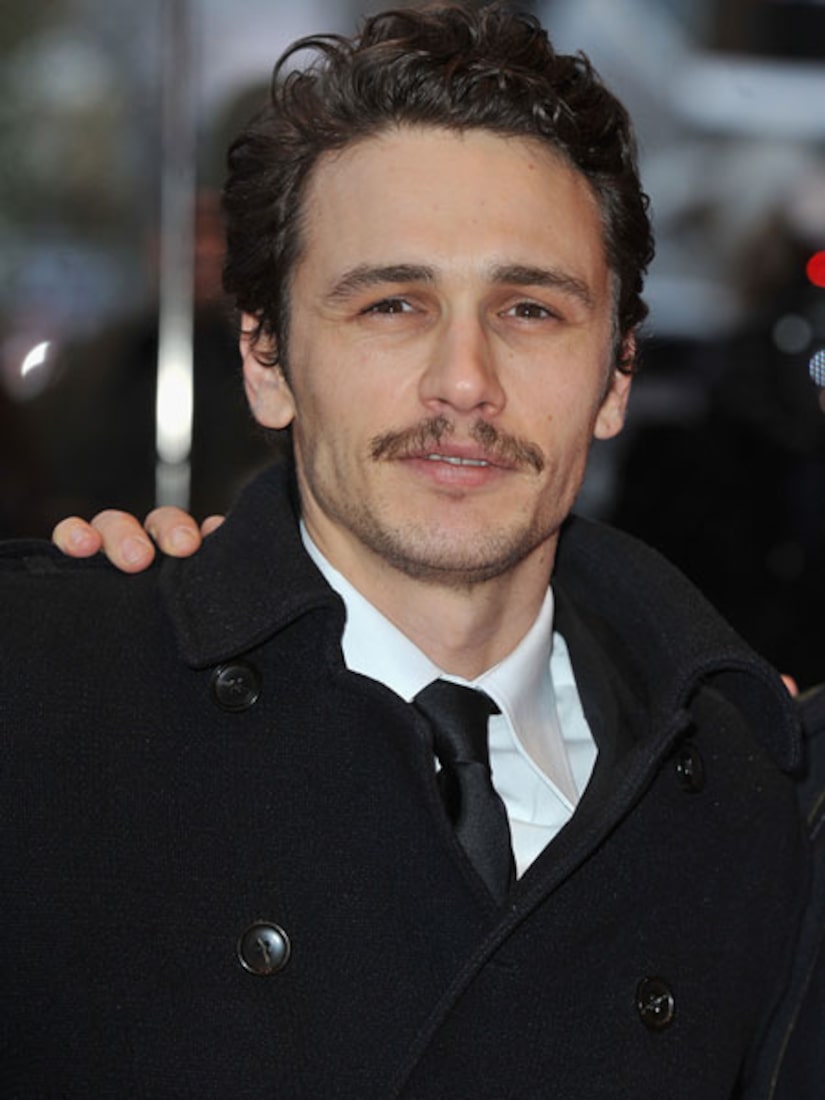 James and Julia engage in a number of romantic scenes, but Franco tells "Extra's" Jerry Penacoli, "She is extremely shy when it comes to any kind of romantic scene, so I felt like, oh I guess I'm the more experienced one," adding, "She didn't even want to do the kissing scenes, but I said 'Look, I think the movie would be served by a kiss in the scene,' so I pressed forward and got it!"

Check out a guide to the 2010 summer movies!

"Eat Pray Love" opens August 13. In the meantime, you can catch James on ABC's "General Hospital," where he shares the screen with his mother, Betsy Franco.

Betsy will be playing his onscreen mom as part of Franco's returning story line. "She's been a fan since I've been on it... she's supportive," the actor said of his mom. "She's been going to Stanford extension for acting lessons for two years now. This is her first professional gig as an actress."