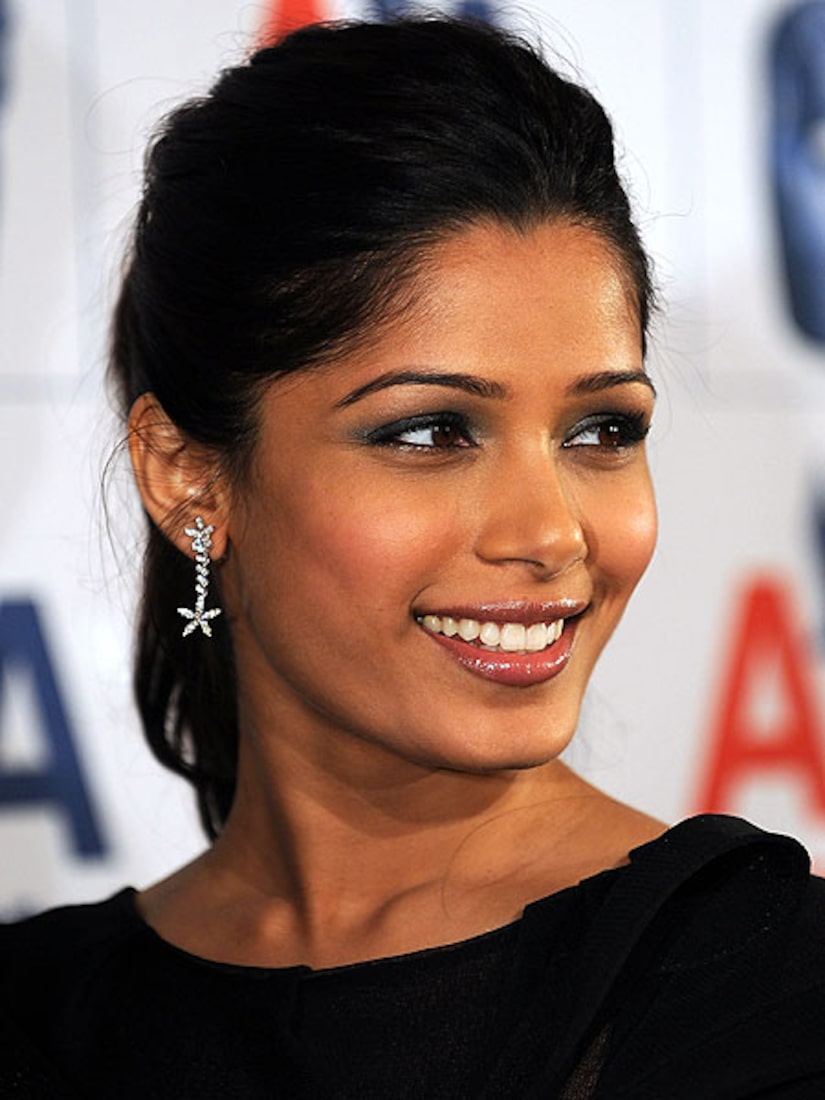 In the prequel, she'll play a primatologist opposite Franco's scientist -- who will reportedly morph into an ape while researching Alzheimer's disease.

Pinto recently called it quits with her former publicist/boyfriend of five years, Rohan Antao, and is rumored to be dating "Slumdog" co-star Dev Patel.

In other movie news, Judd Apatow will produce what's being called a "female version" of the Warner Bros. hit movie, "The Hangover," with a slightly skewed title: "Business Trip."

The comedy by Stacey Harman centers on "a group of women who go on a corporate trip but wind up doing anything but business while on company time," reports Variety.