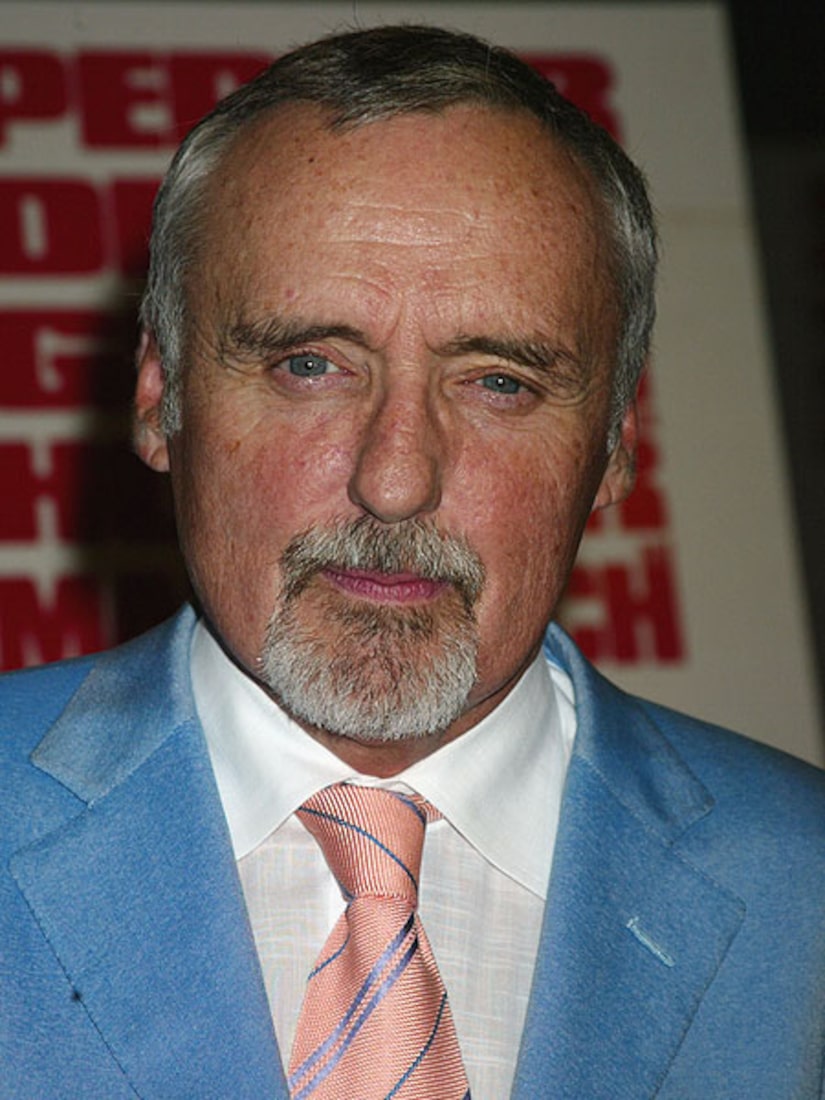 Hopper had been battling the disease for the last year and died surrounded by family and friends, a friend told Reuters.

The actor/director is probably best known for his 1969 cult classic "Easy Rider," but his career spanned nearly 50 years and included many other memorable roles in films such as "Rebel Without a Cause," "Giant," "Apocalypse Now," "Blue Velvet" and "Speed."

See a retrospective of Hopper's life and career!

He received two Oscar nominations -- for his stellar turn as an alcoholic high-school basketball coach in the 1986 drama "Hoosiers" and for writing "Easy Rider" (with co-star Peter Fonda and Terry Southern), which Hopper also directed.

"Easy Rider," about two long-haired motorcycle bikers taking a trip across the country, has been called an American independent classic and inspired young filmmakers of that time, including Francis Ford Coppola and Martin Scorsese.

"We'd gone through the whole '60s and nobody had made a film about anybody smoking grass without going out and killing a bunch of nurses," Hopper told Entertainment Weekly in 2005. "I wanted 'Easy Rider' to be a time capsule for people about that period."

Hopper also received a star on Hollywood's Walk of Fame in March, saying he came to Hollywood from his native Kansas at 18, "so that was my college."

"Everything I've learned, I've learned from Hollywood," he said. "This has been my home and my schooling."

Although diagnosed in September 2009, the actor continued working almost to the very end, especially on his Showtime series "Crash." His last months also found him embroiled in a divorce battle with his fifth wife, Victoria Duffy.

Hopper is survived by four children.