Actress Sandra Bullock hasn't walked a red carpet since her Best Actress Oscar win for "The Blind Side" in March, but that may soon change. 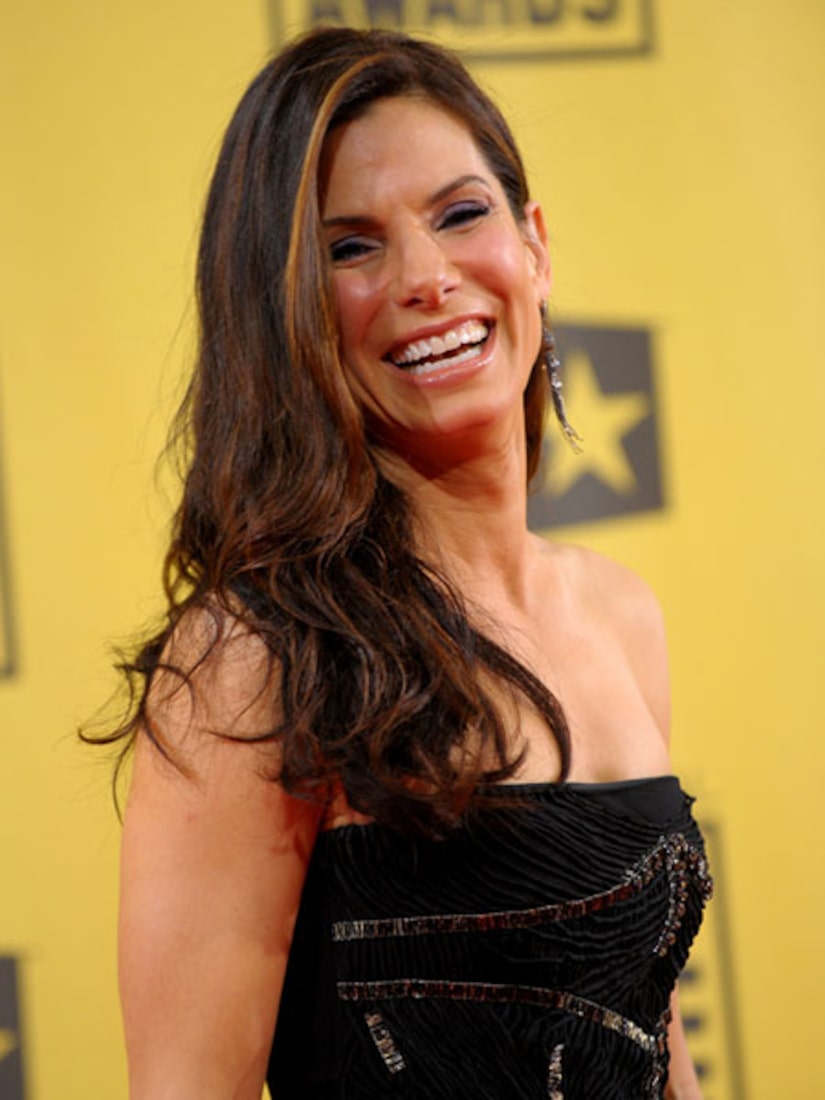 Sandra has kept a low profile since she was blindsided by revelations that soon-to-be-ex husband Jesse James was two-timing her. Now, although unconfirmed, Bullock is reportedly set to make an appearance at the MTV Movie Awards on Sunday, June 6.

The new mom is nominated for Best Female Performance, Best Kiss and Best Comedic Performance. Her stylist has reportedly been pulling together outfits in case America's wronged sweetheart decides to attend.

There's also a rumor that Sandra will be receiving some type of special award from MTV that evening.