During Monday's court hearing in Beverly Hills, Lindsay Lohan's lawyer, Shawn Chapman Holley, told the judge that "Miss Lohan has a number of upcoming photo shoots, as well as continuing to film a movie in Texas. The SCRAM device would interfere with all of that work." It turns out that a film in Texas doesn't exactly exist. 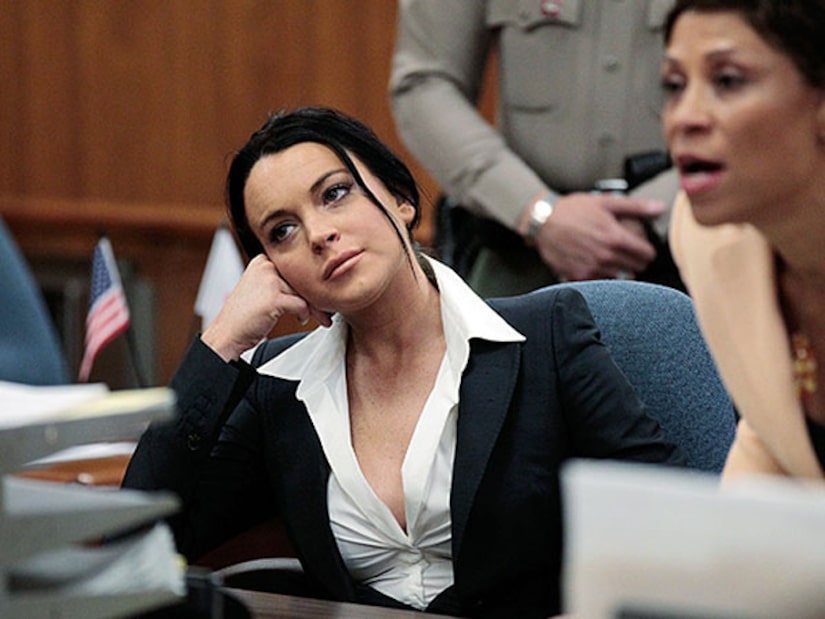 The actress is currently attached to two films; "Machete" and "Inferno," neither of which is scheduled to shoot in Texas.

See photos of Lindsay through the years

A rep for "Machete" told TMZ there are additional scenes being shot in Texas, but "according to the director, they don't include Lindsay."

Filming for "Inferno" doesn't begin until August, and the director said he has no plans to shoot in Texas.

The judge wasn't having it anyway, and insisted LiLo wear the SCRAM.

Another court date is scheduled for July 6. If it is determined that Lindsay violated her probation in any way, she faces up to 180 days in jail.