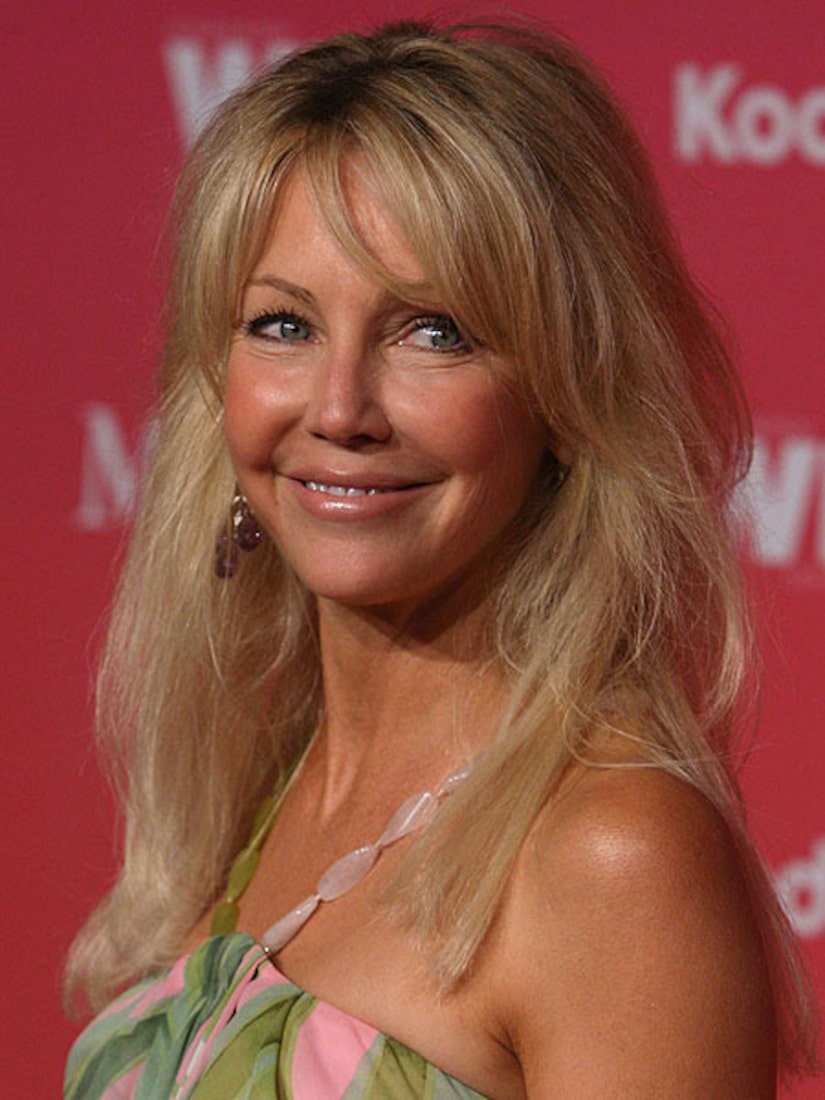 TMZ reports a resident of the North Ranch Country Club in Westlake Village, Calif. (near Heather's home) heard a crash at 4 AM on Saturday, but didn't report it until nearly 8:00 PM that night.

When deputies arrived at the scene, they found evidence a car had jumped the curb and damaged a "No Parking" sign. After further investigation, they confirmed the vehicle was Locklear's black BMW and cited her for misdemeanor hit-and-run.

Blair Berk, Locklear's attorney, tells "Extra," "Ms. Locklear was cited with a misdemeanor traffic ticket as she is the registered owner of the vehicle. She was never taken into custody. The matter is still being looked into as it is not yet clear who was driving the vehicle."

This is not the first vehicular offense for the actress. Police in Santa Barbara arrested her in 2008 for allegedly driving under the influence of prescription medication. She pled no contest to a reckless driving charge and was placed on three years probation.