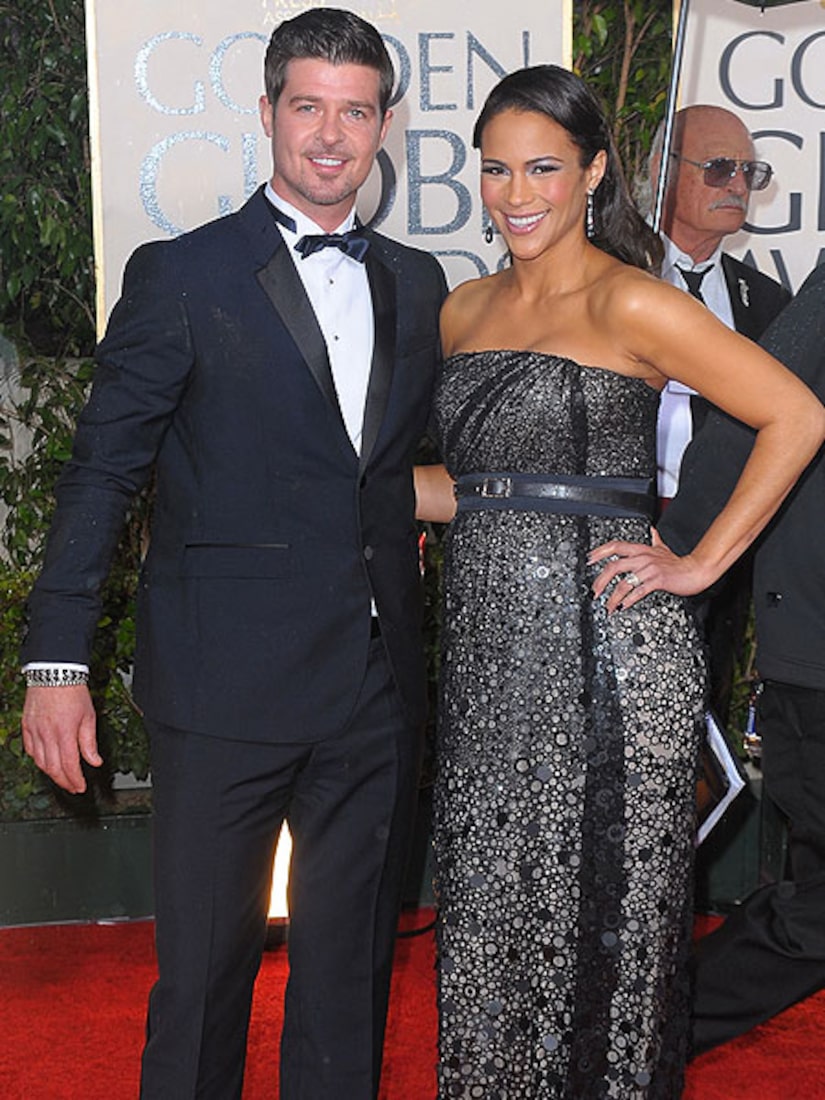 The R&B singer canceled a portion of his Tuesday night concert at Staples Center saying it was for "personal reasons." His tour mate, Alicia Keys, later offered her congratulations on stage to a cheering crowd.

See photos of Robin and Paula

According to Thicke's rep, "Mother, father and son are all doing well."

The Precious star, 34, and Robin Thicke, 32, are high school sweethearts and will be celebrating their 5th wedding anniversary in June.