As if a sex scandal weren't enough, motorcycle mogul Jesse James has now been cited for vandalism in the dust-up he had with a photographer last week, CNN.com reports. 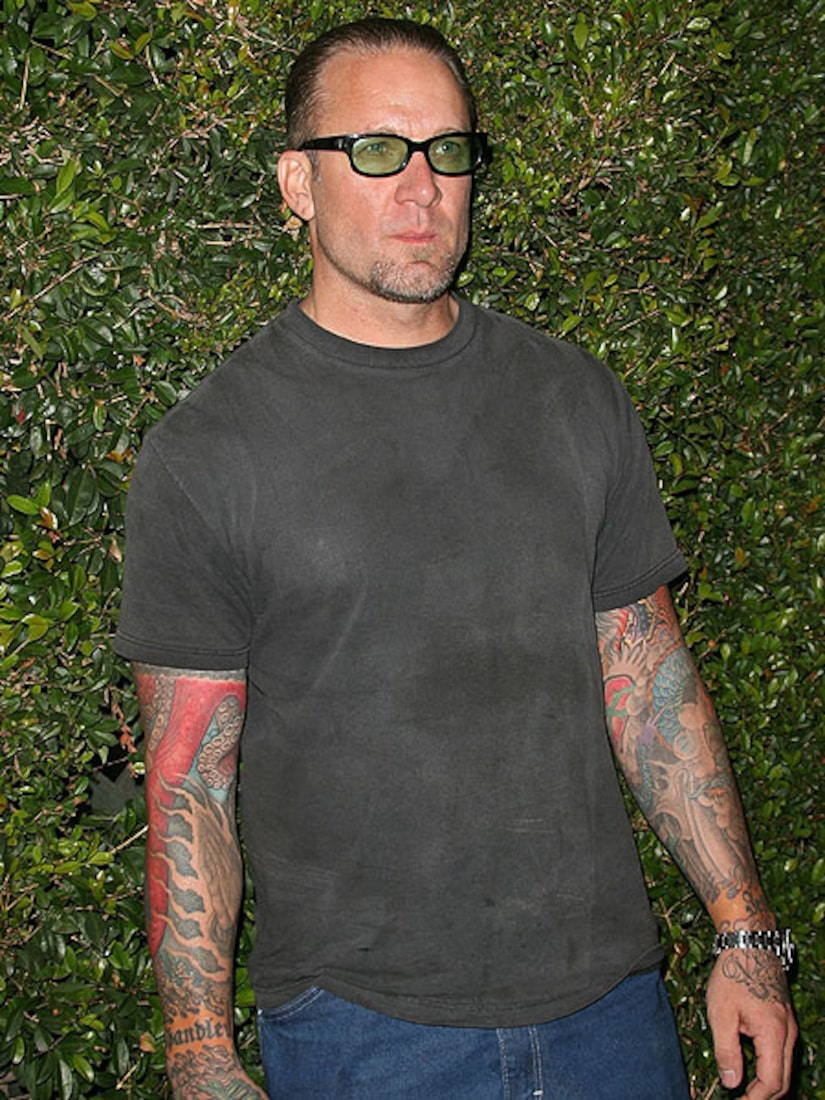 James confronted paparazzo Ulises Rios parked outside his West Coast Choppers shop in Long Beach March 25, and the two ended up making citizen's arrests of one another.

Long Beach Police confirmed the vandalism charge against the "Monster Garage" host, but added that Rios is also charged with stalking James.

A lawyer for Rios told CNN.com that two tires on Rios' SUV were slashed, a door was dented and a window was scratched. No word yet from James' attorney.

The reality TV star is currently seeking sex addiction treatment at a rehab center in Arizona. The latest word from RadarOnline.com in the scandal is that James did get one of his mistresses pregnant, who did not have the baby, and that he cheated only weeks after his marriage to Sandra Bullock.

Meanwhile, the Oscar-winning actress is still keeping as low a profile as she can, staying in her Hollywood Hills home and assessing her marital situation.