A frail Dennis Hopper received his star on the Hollywood Walk of Fame on Friday morning. 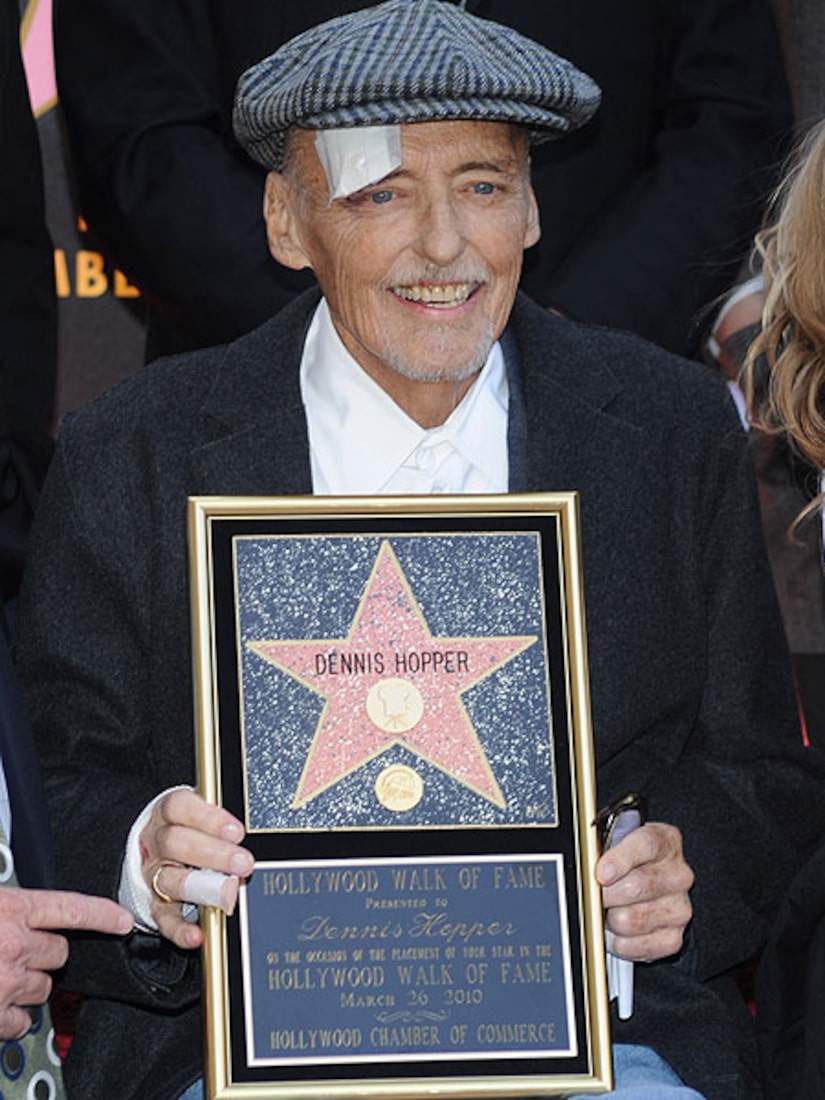 The actor, currently battling prostate cancer, received approval from his doctor to attend the ceremony. "Everyone here today that I've invited, and obviously some that I haven't invited, have enriched my life tremendously," he said, adding, "They've shown me a world that I would never have seen being a farm boy from Dodge City, Kansas, and learning things I would never have learned."

Hopper had a bandage on his head and his right hand -- injuries he attributed to a Thursday run-in with the paparazzi. "I fell directly on my face, and I had my glasses in my hand. I got pretty screwed up. But anyway, I know you have a tough job, but sometimes maybe you ought to be a little more sensitive," he said.