An emotional Marie Osmond returned to her Las Vegas show with her brother Donny on Tuesday night, the first time since the Feb. 26th suicide death of her son, Michael Bryan -- and just one day after his funeral. 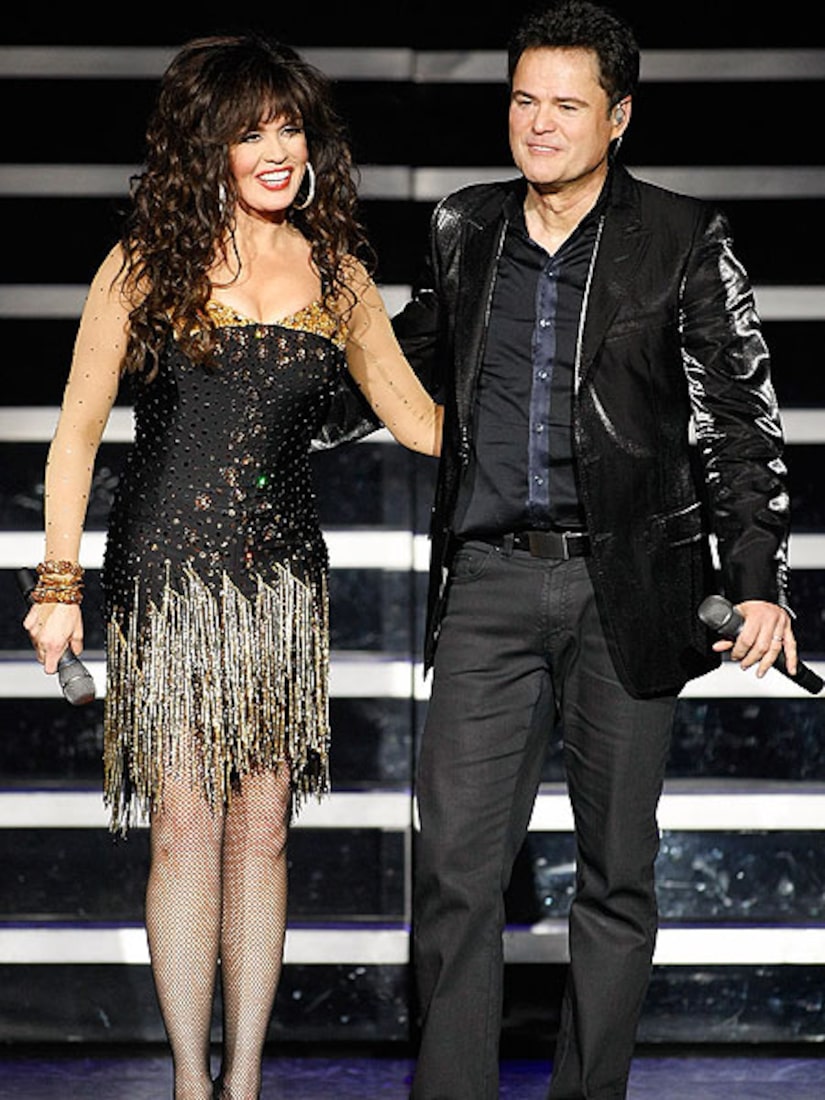 Dedicating the show to her late son, whom Marie called "her angel," the sold-out crowd gave her a standing ovation when Donny said, "I think we need to give a big round of applause for my sister for even coming on stage," People.com reports.

"The way Osmonds survive is we keep singing," Marie told the audience at the Flamingo Las Vegas. "That's what we want to do tonight. I know my son would want that and this show is for him."

Marie struggled through some of the musical numbers, including the final song "It Takes Two," but managed to remain as upbeat as possible, joking with her brother about his dancing skills. At the end, Donny gave his sister a big hug.

"I hope you all appreciate what she's going through tonight," Donny said.