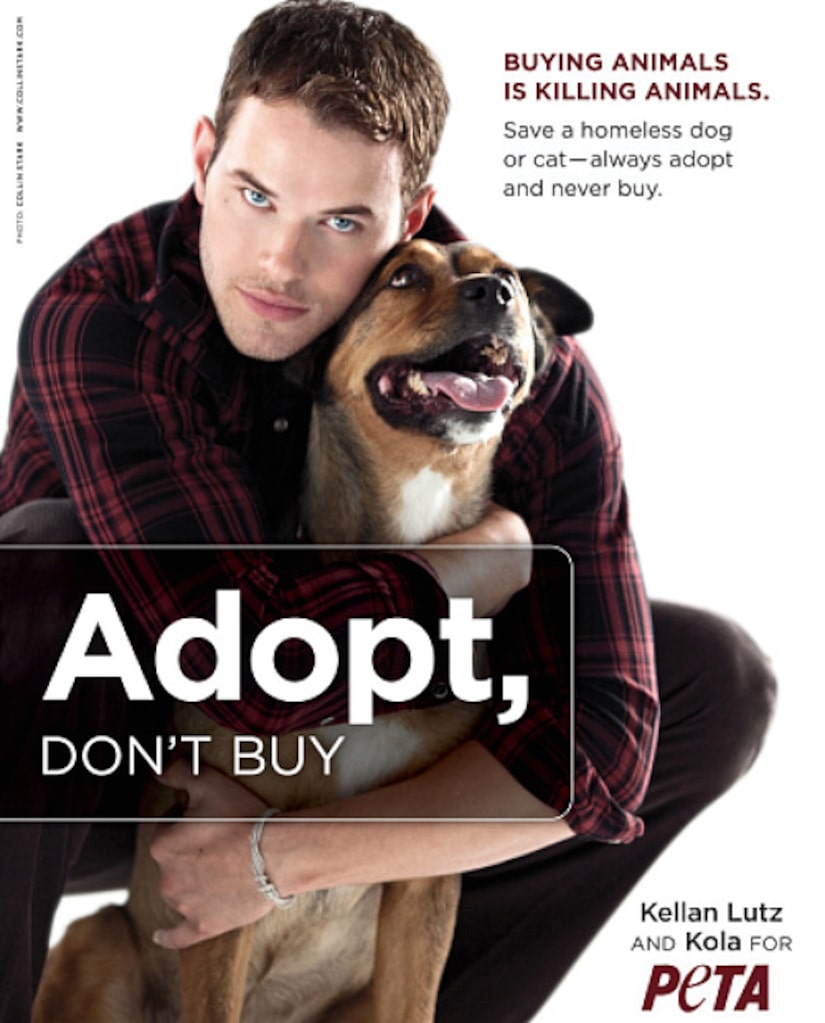 Kellan Lutz, best known as Emmett Cullen from the "Twilight" saga, urges his Twilighter fans to adopt a homeless dog and cat in a new ad from PETA

"I love mutts!" gushed Lutz in an exclusive interview with PETA. "If anything, I think mutts stay the healthiest." Lutz also addressed the animal-overpopulation crisis. "There are surprisingly so many animals, so many animals in these animal shelters," he said. "It's sad, and knowing that they get euthanized ... and there's a lot you can do ... spay or neuter your pets so that doesn't happen."

The ad features Lutz hugging it out with his rescued mixed-breed dog, Kola and reads, "Buying Animals Is Killing Animals. Save a Homeless Dog or Cat--Always Adopt and Never Buy."

Almost 8 million unwanted dogs and cats enter animal shelters every year in the U.S., and half of them must be euthanized simply because there aren't enough good homes. For more information on how to rescue these animals or to see Lutz's ad and exclusive interview, please visit PETA.org.