Shane and Sia Barbi will be the first to tell you they are famous for their record-breaking Playboy issue -- and they want to put their fame to good use. 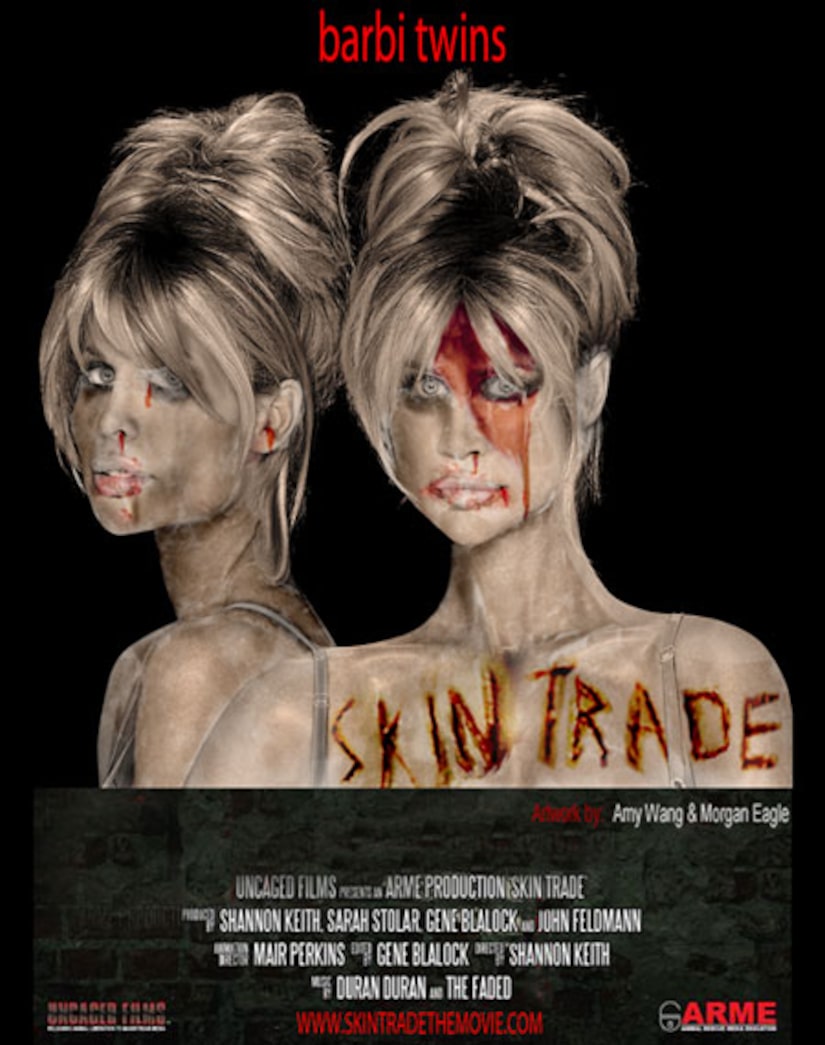 "We are using that 18th minute of fame to do something good," Shane tells "Extra."

The Barbi Twins are featured in the upcoming documentary "Skin Trade" from filmmaker Shannon Keith. "Skin Trade" premieres Feb. 25 and takes a look at the exploitation of animals for their fur. "It's not fashionable and not pretty. It's offensive," Shane says about clothing made from animal fur.

Sia says the sisters want to "speak for the little ones who don't have voices."

Shane and Sia appear on the film's controversial and gruesome poster. Shane explains, "Without the skin, we don't have that 'glamorous look,'" similar to animals that are skinned for their fur.

The Barbi Twins have had a passion for animals since they were younger and recently helped rescue animals from Hurricane Katrina and the California fires. They also launched the animal activism site TheKittyLiberationFront.org and donate all the proceeds from their book "The Eco Anti-Diet" to charities for animals.

The sisters are currently working with Willie Nelson to introduce humane education in schools and Animal Aid Live, a benefit concert to raise awareness about animal welfare issues through music.

The Barbi Twins will appear on Howard Stern's radio show on Feb. 25 with Nelson to talk about animal activism, specifically saving wild horses.