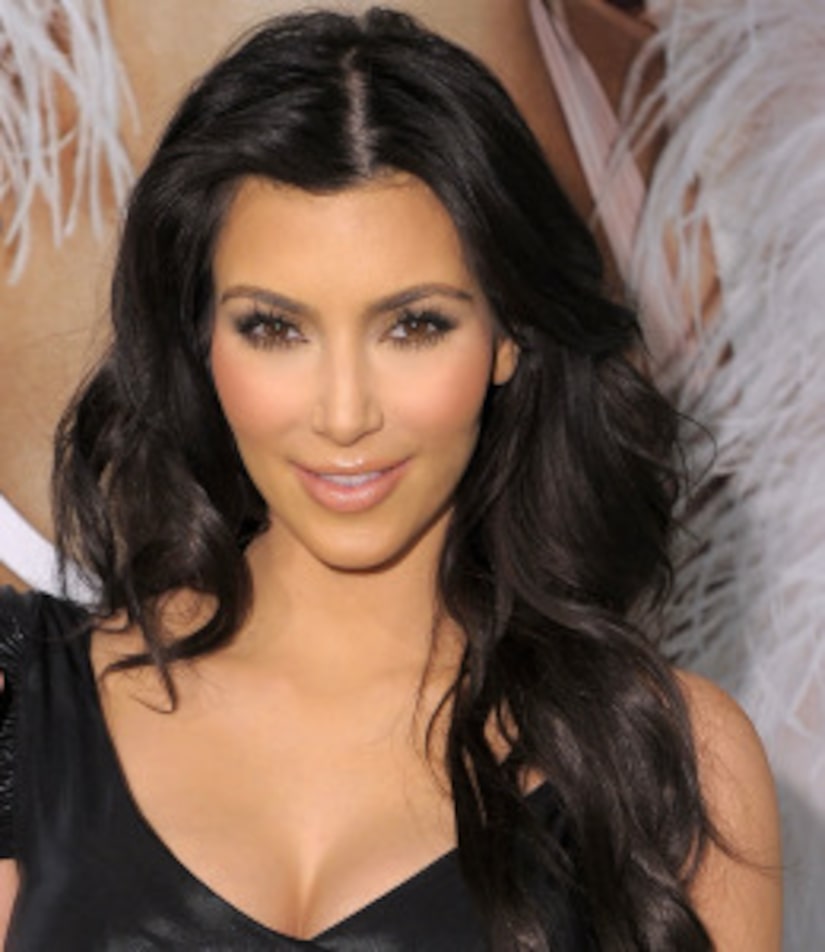 Buxom reality star Kim Kardashian just had to tweet how "safe" she felt sitting next to an Air Marshal on a flight from New York to Los Angeles Tuesday, according to Us Magazine.com.

"I'm on the airplane... love wifi," Kardashian, 29, thumbed on her mobile phone. "I am sitting next to an Air Marshall [sic]! Jim the air marshall makes me feel safe!"

Apparently, she didn't realize Air Marshals are supposed to remain anonymous during the course of a flight, for security issues. Oops! Her three-million Twitter followers, however, were quick to point out her mistake. Us Mag lists some of the responses:

"lmao poor Jim the air marshall is going to get fired thanks to you hahahaha." Added another: "if he exposed to you that he WAS an air marshall...I would say that was priviledged [sic] info that only the crew was suppose[d] to know." And yet another follower scolded, "just don't tweet stuff like that! u know better.dear lord u just dont talk abt air marshall's on flights! Its on the DL Kim!!"

Kim didn't think it was such a big deal, tweeting back, "Air Marshall's are supposed to keep their identity concealed. He did! I am just a private eye & assumed, so I asked him & he was honest!" But she did add, "OK I hope I don't get in trouble...logging off now! xo."

Ah, the wonders of technology.