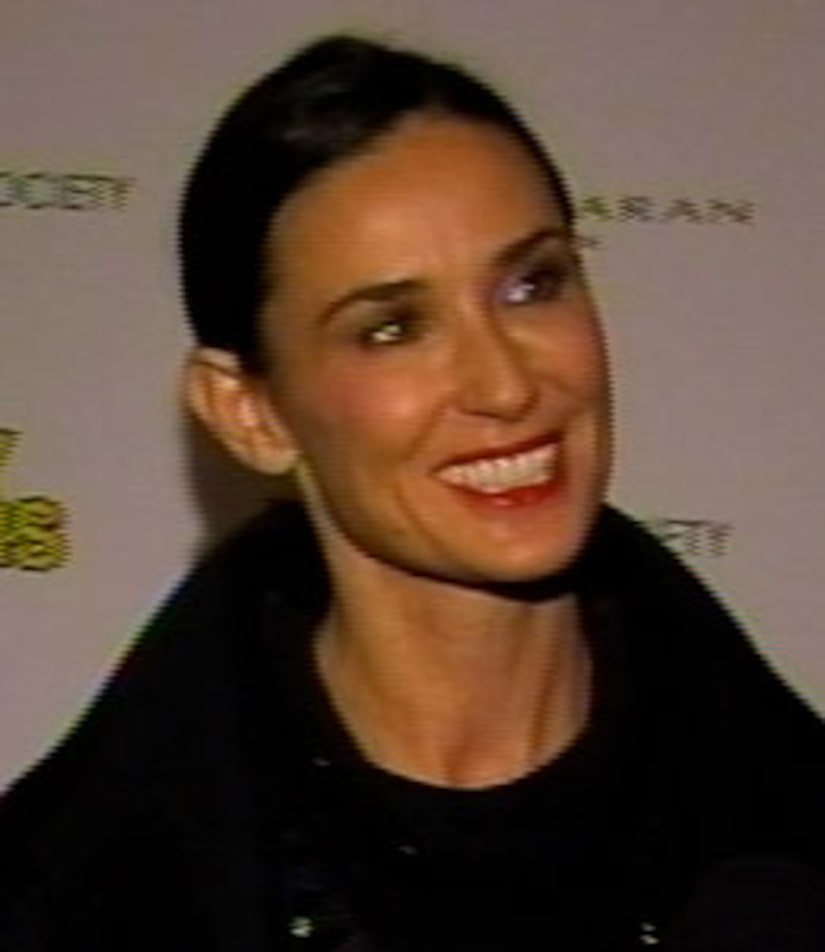 Actress Demi Moore looked fabulous in Donna Karan at the premiere of her new drama "Happy Tears" in NYC Tuesday, where she broke news to "Extra" about why she doesn't like the word "cougar."

See photos of Demi and other sexy stars over 40

"Extra's" Jerry Penacoli asked her why she's not a fan of the term used to describe a sexy women with a taste for younger men.

"You got to keep a sense of humor about things and I am not a big fan of that word," Moore revealed. In 2005, Moore married Ashton Kutcher, who is 15 years her junior.

See photos Demi and other stars who have posed nude

"Maybe it should be a panther," she added. "They're considered independent, strong women." Rawr!