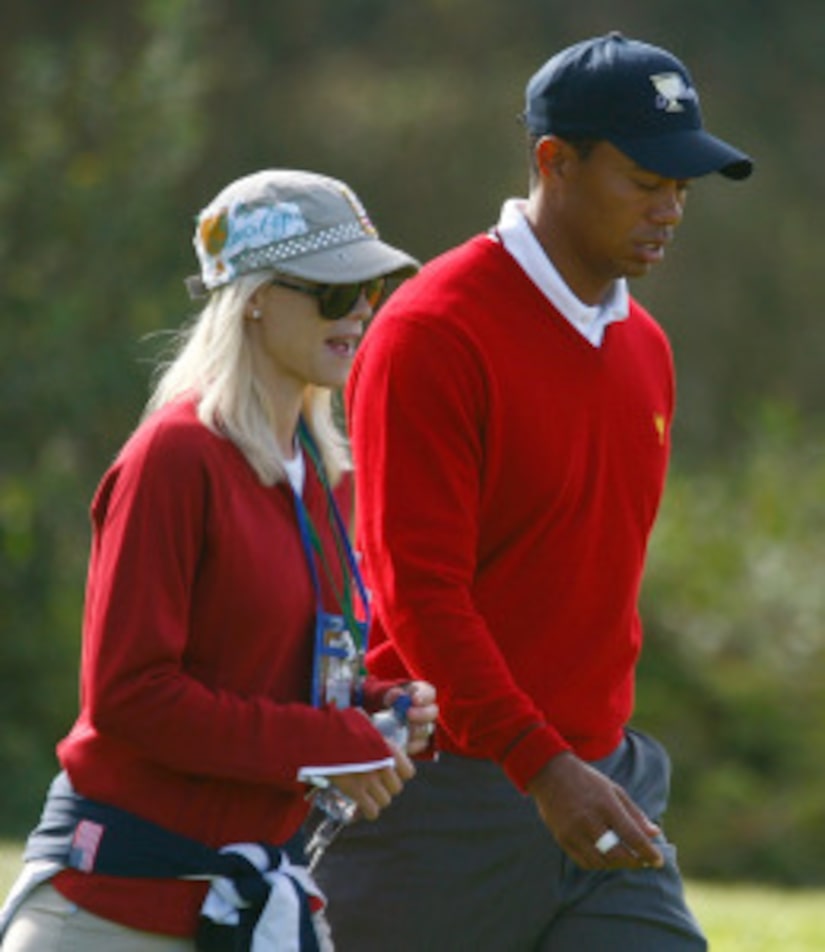 Tiger Woods' wife Elin Nordegren has no plans to move back in with the golf pro after his numerous infidelities, reports RadarOnline.

"Tiger wants her to move back home with him but so far she has said no," said a source close to the situation. "She's not ready and she just doesn't trust him." Nordegren still isn't wearing her wedding ring.

"Extra" spoke with renowned psychologist Stan J. Katz, who told us that Woods really needs to think about whether he wants to be monogamous. "He has to be extra careful, extra cautious. He really can't have any women as friends. He's going to have to expose his cell phones and his diaries and his blackberries to Elin, because she's not going to trust him at all," said Dr. Katz.

In a report yesterday, Woods' alleged mistress Josyln James said she was pregnant with his child -- twice. But James' sister Samantha Siwik told RadarOnline, "I do not believe anything she said."