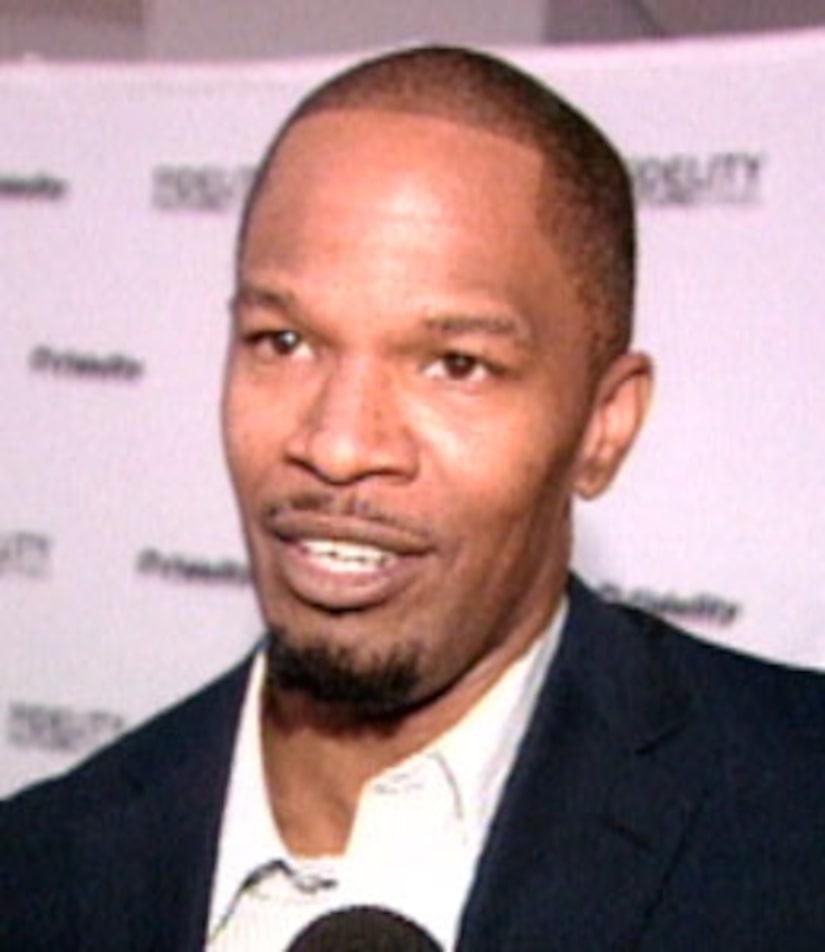 He's nabbed an Oscar and a Grammy and wouldn't mind winning a Tony too! The incredibly talented Jamie Foxx tells "Extra's" Terri Seymour he'd be game to star in a musical.

When asked about giving the stage a shot, Foxx started belting "Luck Be a Lady" and announced, "I'd love to do something on Broadway!"

See photos of other Hollywood stars on Broadway

"Extra" caught up with the "Valentine's Day" star at the Walt Disney Concert Hall in L.A., where Foxx and the Fidelity FutureStage program helped deliver new musical instruments to students.

See photos of Jamie and his co-stars at the "Valentine's Day" premiere in L.A.

The actor/rapper/singer told the crowd of students he began as a classical pianist and eventually won a college scholarship to study music.

Foxx told "Extra," "To be able to have music should be a given, so I'm glad Fidelity is doing this and I hope that it pushes other companies to really put the focus on our kids."