Justin Timberlake joked around in drag while being honored as Harvard's Hasty Pudding Man of the Year in Cambridge, Mass. this weekend. 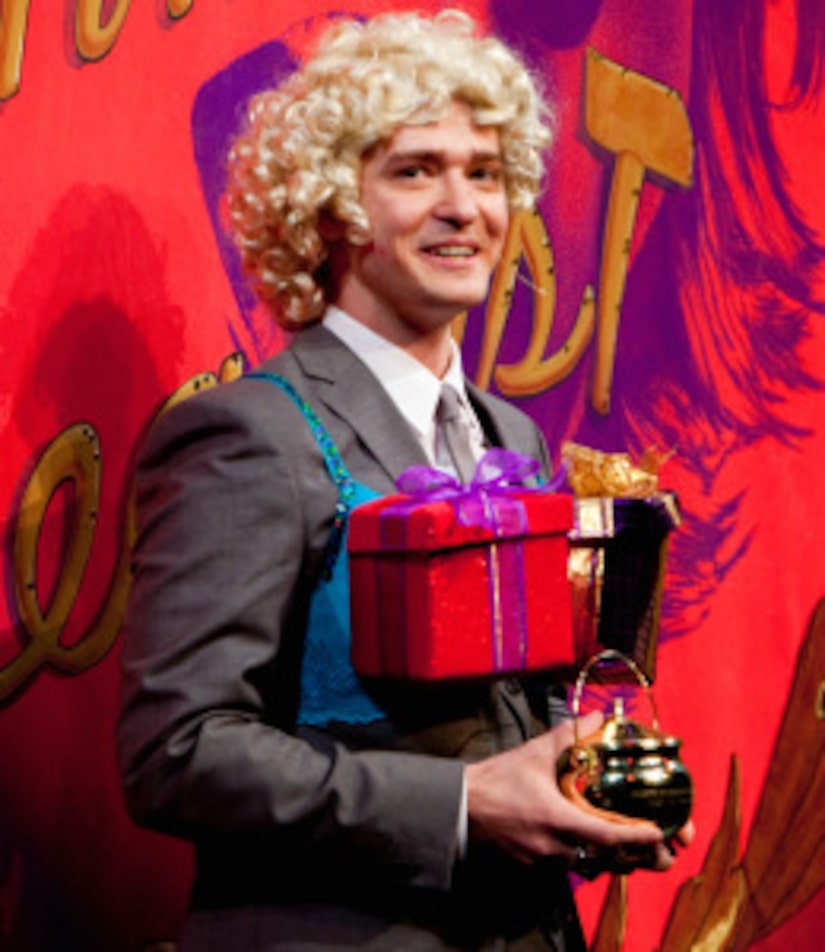 "This is cooler than any Grammy or Emmy or anything I could have ever thought of. Thank you," said Timberlake.

Members of Harvard's Hasty Pudding theatrical troupe poked fun at the Grammy winner by having actors impersonate Britney Spears and other 'NSync members.

Hasty Pudding is the oldest collegiate theatrical organization in the US. Each year, the society picks a famous actor and actress to honor and roast; an ongoing tradition since 1951.