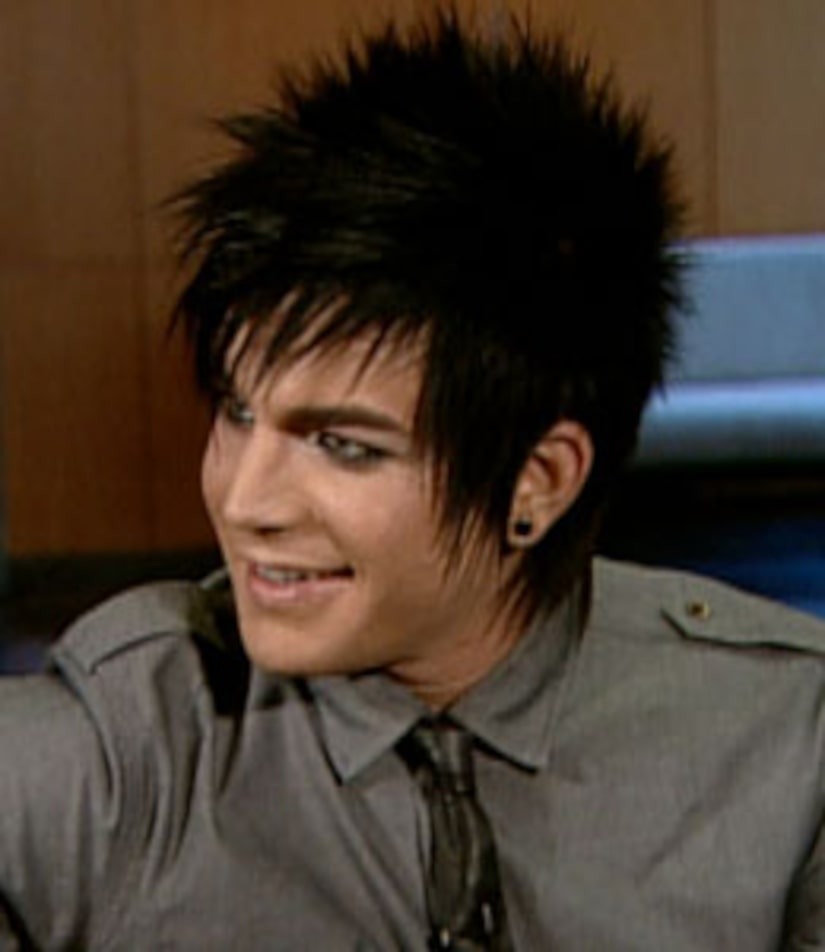 The slimmed-down Adam Lambert is talking to "Extra" about stopping by "Oprah," and the rumors he's making a cameo on "Glee," and his new diet!

"Extra's" Terri Seymour caught up with Lambert while he was recording five songs for AOL Sessions in L.A. The candid star tells Terri he's pumped to sit down with Oprah Winfrey, gushing, "I'm really excited. I want to meet her. We have the same birthday! She's incredible. What a great leader, communicator, philanthropist."

See photos of Adam and other breakout stars from 2009

"I'm really curious what she is going to ask me," the 27-year-old says. "Maybe she will dig and make me cry."

The rocker describes himself as an "open book" and admits he's willing to talk about anything, but he's not so fond of discussing his controversial 2009 American Music Awards performance.

"I'm over it," Lambert says about the sexed-up performance and backlash. The singer/songwriter's Nov. 24 appearance on "Good Morning America" was canceled after viewers called ABC to complain. "It's old news," he says.

What's new is the rumor Adam is set to appear on "Glee," but he says, "This is not true." But that doesn't rule out a future appearance.

Lambert dishes, "I'd love to do a TV show. I think that'd be fun. It'd be so much fun doing a little cameo." He hints, "I would die to do 'True Blood,' 'Weeds' or 'Californication.'"

The former "American Idol" contestant has also dropped a few pounds recently and he says it's all about portion and calorie control.

See photos of Adam from over the year

"I don't have to do any of it. They deliver it every day!" Lambert explains. He's no longer eating cheese, and sticks to lean meats and lots of protein.

When asked about his love life, Lambert smiles. "I mean, I'm not in love, if that's what you're asking me." Adam says he likes to casually date and enjoys meeting new people. "I'm not in the position to be in a relationship. Ultimately, I would love that."

For more with Adam Lambert, tune in to "Extra" this week!