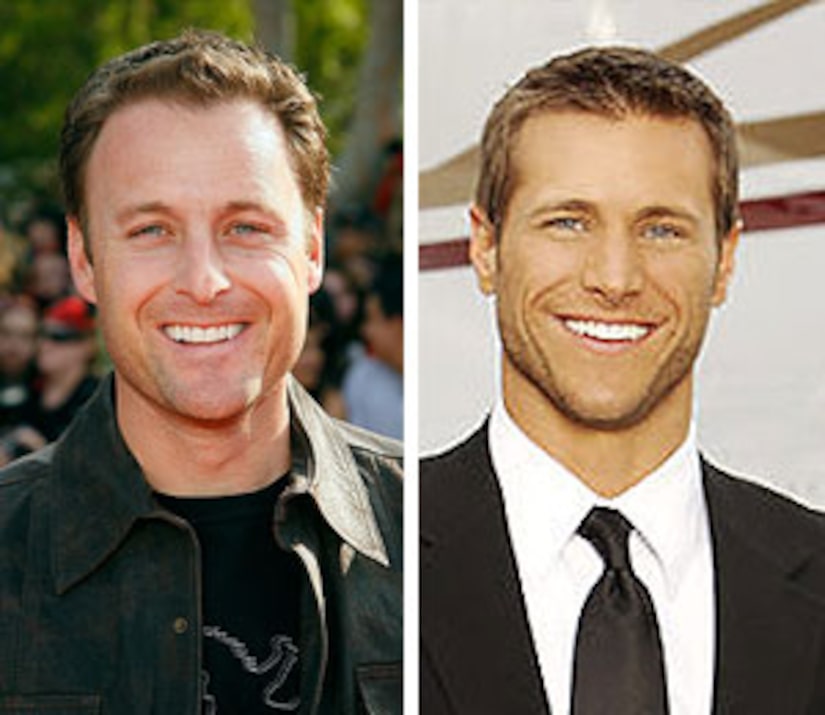 "Bachelor" host Chris Harrison has confirmed that a "Bachelor" contestant got involved in a relationship with a male producer of the series -- and called the affair "embarrassing."

"It was incredibly unfortunate. Horrible decisions were made," Harrison he said on Los Angeles-based radio show Valentine in the Morning on 104.3 MY FM. "It was embarrassing for us, and in fairness to Jake and for the other women, [we said], 'Let's nip this in the bud and take care of it.' And that's what we did."

See Jake strip down for "Extra"

The "Bachelor" host didn't elaborate on whether or not the producer and the contestant were kicked off the show, saying only, "I felt bad for everybody. It was an uncomfortable deal."

"This was the rare time that before I had to go talk to the girl, Jake and then the women, I had lawyers, psychologists, producers, executives saying, 'Okay, these are the words you can say,'" Chris says. "It was intense. It was a wild night."

Harrison revealed that he didn't know if the couple had stayed together or not, joking, "I don't know. It's a good question. Would that count on our tally as one of our couples?"

Jake Pavelka played coy about the new season, telling "Extra" recently, "I don't want to ruin the surprise. We had some really interesting things happen."

"The Bachelor: On the Wings of Love" premieres tonight on ABC.